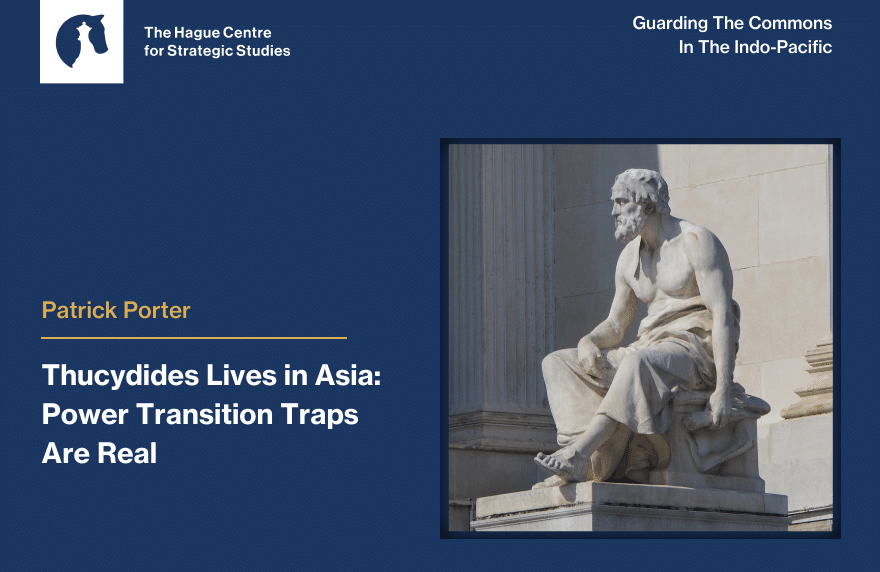 The so-called Thucydides trap that Graham Allison has most famously invoked to describe the intensifying competition between China and the US has been dismissed as irrelevant for current developments in East Asia and evidence of Euro-centrism.

In his essay, Professor Patrick Porter (University of Birmingham) instead argues that the power transition crisis Thucydides saw in the Peloponnesian war between a rising Athens and a declining Sparta in fact does have lessons for the current relationship between China and the US. As China continues to pursue prestige, influence and wealth, it will not back down when faced with robust international coalition. Consequently, if Europeans involve themselves in the Indo-Pacific region, they will face difficult choices.

This is the first of seven papers in the HCSS Guarding the Commons series, edited by Paul van Hooft and Tim Sweijs, and is part of the new HCSS “Europe in the Indo-Pacific Hub (EIPH)”. More will follow in the coming weeks.

Hard Times For Arms Control: What Can Be Done?

Real and Imagined Challenges to Strategic Stability
Scroll to top