Multilateralizing Maritime Security in the Indo-Pacific: How Europe can contribute to regional deterrence 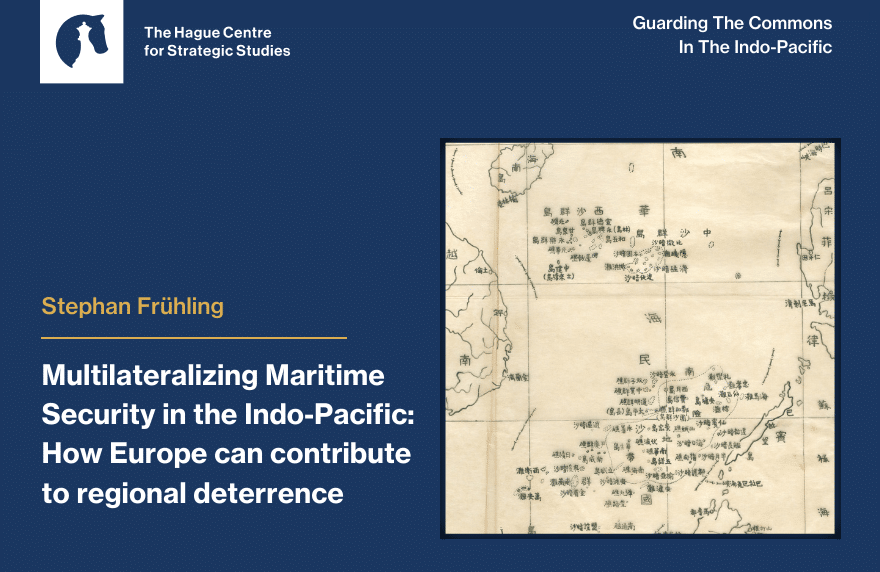 European countries’ increasing interest in maritime security in the Indo-Pacific is evident, and welcomed by the US and European partners in the region. This paper surveys the evolution of regional security concerns since the initial EU foray into Indo-Pacific maritime security through Operation ATLANTA in 2008, and highlights the centrality of deterrence of China to the current concerns of like-minded countries in the region.

Author Stephan Frühling (Strategic and Defence Studies Centre, Australian National University) argues that European countries have the capability to make a meaningful contribution to deterrence in the Indo-Pacific, through deliberate use of military presence East of Singapore. The paper concludes that as long as Europe engages in maritime security in the Indo-Pacific at all, the real question facing Europe is not whether to engage with regional deterrence, but how coherent it wants its posture to be.

This is the seventh and final paper in the HCSS Guarding the Commons series, edited by Paul van Hooft and Tim Sweijs, and is part of the new HCSS “Europe in the Indo-Pacific Hub (EIPH)”.