Between AUKUS and the Quad: Scaling European Interest in the Indo-Pacific 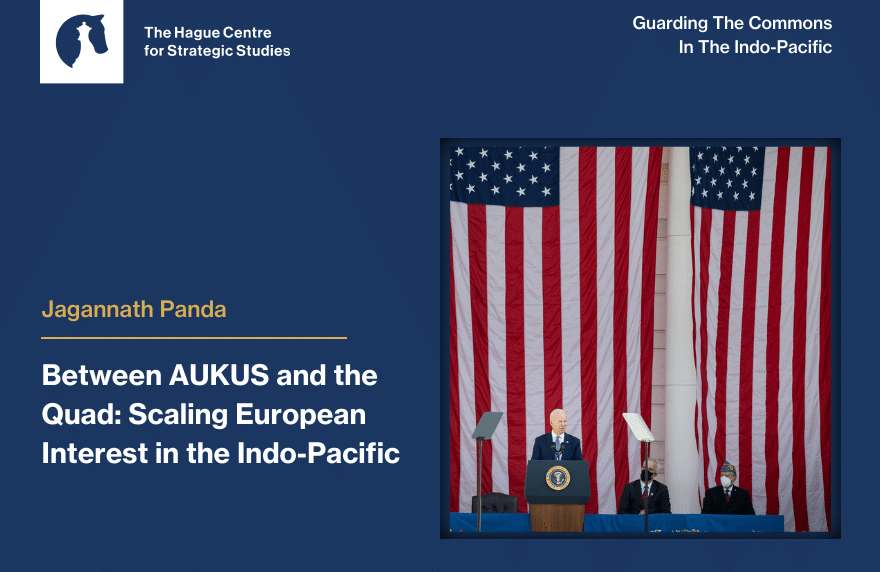 The creation of AUKUS – the new security alliance between the US, United Kingdom (UK), and Australia – in September 2021 marked a milestone in the Indo-Pacific geopolitical landscape. It showed continued resilience of the Anglosphere partnerships and underlined their common vision for the region.

Crucially, the AUKUS agreement has had a significant impact on two structures: the Quadrilateral Security Dialogue (Quad) – comprising the US, Australia, India, and Japan – and the EU. Jagannath Panda (Manohar Parrikar Institute for Defence Studies and Analyses) notes that, as the EU seeks to build its role in the Indo-Pacific, a crucial question remains of how the EU can navigate between the Quad and AUKUS to forward its own objectives in the region? He argues that the sudden emergence of the AUKUS alliance will encourage, and to an extent compel, the EU to reassess its own Indo-Pacific strategy.

The AUKUS pact disregarded, in Panda’s view, the EU attempts to contribute to regional stability, and thus has changed Europe’s perspective of the transatlantic partnership. It could even prompt a reassessment of its Indo-Pacific strategy in terms of how European powers can contribute to the maritime security and prosperity of the region. However, as the EU reinforces its strategic autonomy concept, it is unlikely to compromise its presence in the region.

This is the second of seven papers in the HCSS Guarding the Commons series, edited by Paul van Hooft and Tim Sweijs, and is part of the new HCSS “Europe in the Indo-Pacific Hub (EIPH)”. More papers will follow in the coming weeks.

European Engagement in the Maritime Security in Indo-Pacific: a Japanese Pe...
Scroll to top