European Engagement in the Maritime Security in Indo-Pacific: a Japanese Perspective 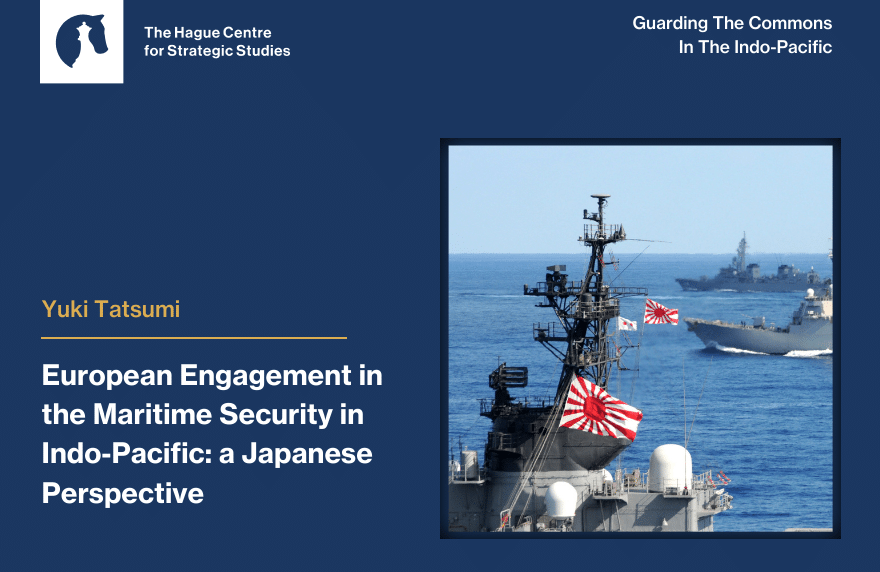 Since a 2010 incident of Chinese fishing vessels colliding into the Japan Coast Guard’s ships, China’s activities around the Senkaku Islands and the broader East China Sea only grew more aggressive and more frequent. Facing increasing pressure from China in the East China Sea, Japan welcomes greater European engagement in the Indo-Pacific.

In her paper, Yuki Tatsumi (The Stimson Center) argues that Japan primarily considers Europe a diplomatic and strategic partner to help maintain a value-based liberal international order in the Indo-Pacific region.

Japan hopes that greater activity in the region by European countries would raise the stakes for China if it continues its aggressive behavior in the region, thereby deterring Beijing in non-confrontational ways.

This is the third of seven papers in the HCSS Guarding the Commons series, edited by Paul van Hooft and Tim Sweijs, and is part of the new HCSS “Europe in the Indo-Pacific Hub (EIPH)”. More papers will follow in the coming weeks.

Between AUKUS and the Quad: Scaling European Interest in the Indo-Pacific