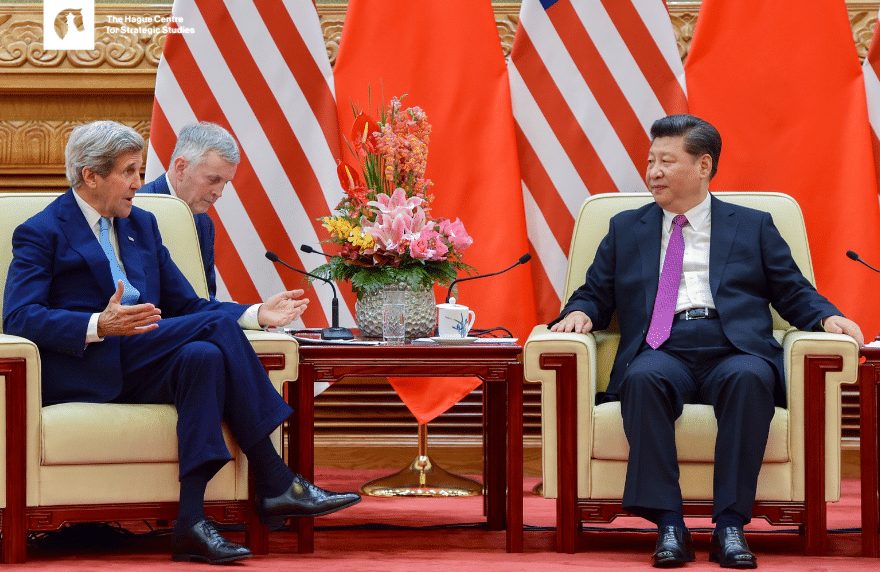 As the US-China strategic rivalry intensifies, the need for arms control talks to manage the increasing strategic instability between both states grows. The risk of unintended escalation grows, with potential global consequences, including for Europe. However, thus far the US and China lack the frameworks and habits to discuss nuclear and advanced conventional weapons that existed between the US and the Soviet Union.

European countries are key strategic players that both Washington and Beijing want to win the support of. In his essay, Tong Zhao (Carnegie Endowment for International Peace) discusses the influence of European states and how they could potentially play a useful role in promoting US-China arms control cooperation. Because it is not directly part of the Sino-American rivalry, European states could play the role of honest broker and, Zhao argues, engage with China at both the top leadership level and the operational levels.

This is the third and final paper in a new HCSS series on Arms Control edited by Paul van Hooft and Tim Sweijs.

Putting it together by bringing ‘influence’ back in: Exploring European...
Scroll to top