What options do small and middle powers have to deter the military threat from Russia and China? 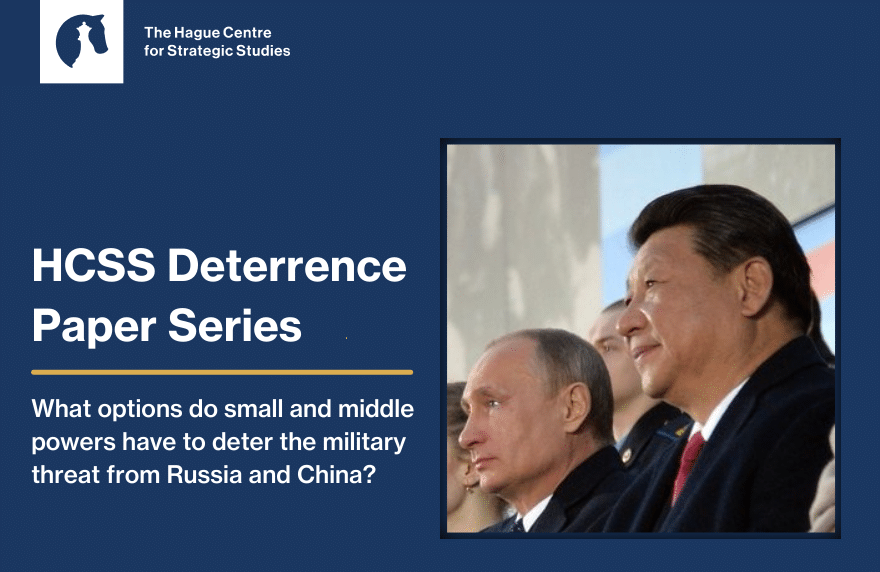 What options do small and middle powers have to deter the military threat from Russia and China? A very relevant question, in light of what’s happening on Europe’s eastern borders today.

The paper ‘Raising the Costs of Access: Active Denial Strategies by Small and Middle Powers against Revisionist Aggression‘ is part of a new HCSS paper series on deterrence for small and middle powers.

How do the challenges to deterrence in Europe and Asia compare? Eric Heginbotham and Richard J. Samuels of MIT Political Science summarize the problems these regions face in the first short paper of the HCSS series on deterrence.

Jyun-yi Lee (Institute for National Defense and Security Research (INDSR)) concludes that Taiwan’s deterrence posture should be viewed from a military and a political perspective. China’s threat to Taiwan is political by nature, as it seeks national unification, but the military dimension should certainly not be ignored.

How NATO can deter Russia from provoking a military confrontation with the Alliance? Wojciech Lorenz (Polish Institute of International Affairs) covers deterrence in the Baltic Sea Region from a Polish view.

Deterrence in the Baltic Sea Region – a View from Poland (PDF)

Deterrence scholars stress military imbalances as a major cause of interstate war. According to Dr. Jeffrey H. Michaels they underplay the complex motives for why states decide to go to war or are self-deterred from it. Deterrence effectiveness requires more understanding of these motives.