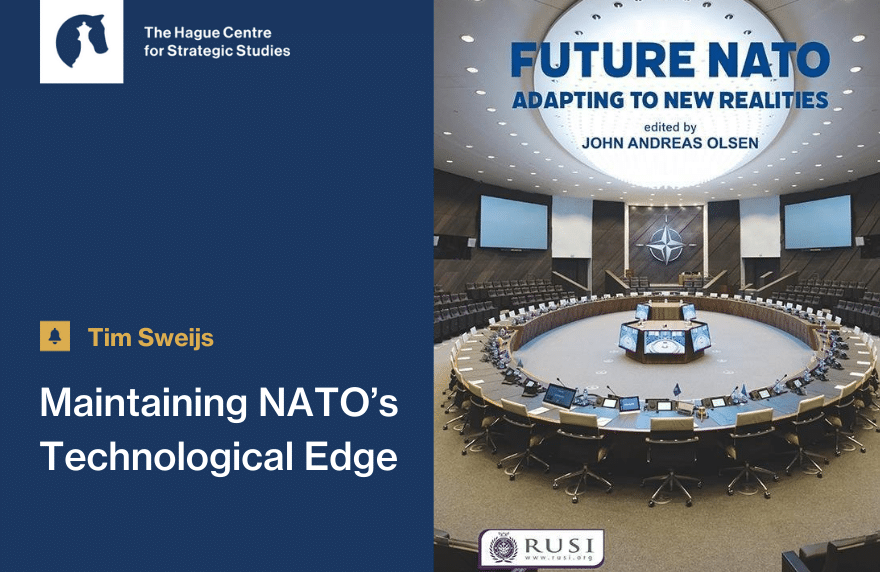 HCSS Director of Research Tim Sweijs has contributed to a publication in RUSI’s Whitehall Paper series: Future NATO: Adapting to New Realities. Edited by John Andreas Olsen, Colonel in the Royal Norwegian Air Force, currently assigned as Defence Attaché to the UK and Ireland, “Future NATO” looks at the challenges facing NATO in the 21st Century and examines how the Alliance can adapt to ensure its continued success.

The character of modern armed conflict is changing rapidly. Major powers have integrated new generations of military hardware as well as an assortment of enabling technologies into their force postures and warfighting strategies. Violent non-state actors have also significantly enhanced their power projection capabilities. These developments have a profound impact on the conditions underlying international stability and will change the face of battle.

This chapter first outlines current and near future (five- to 10-year) developments in cyber, artificial intelligence (AI), unmanned systems and space, and assesses their consequences for international security and stability. It then examines the implications for NATO, arguing that the Alliance risks losing its military-technological edge vis-à-vis near-peer competitors if it does not increase its investments and efforts in these areas. It also lays out the strategic, moral and practical challenges that these new technologies pose, in particular for European member states, and offers four recommendations for NATO action going forward.