Tim Sweijs has contributed to a new publication in RUSI’s Whitehall Paper series, Future NATO: Adapting to New Realities. Edited by John Andreas Olsen, Colonel in the Royal Norwegian Air Force, currently assigned as Defence Attaché to the UK and Ireland, “Future NATO” looks at the challenges facing NATO in the 21st Century and examines how the Alliance can adapt to ensure its continued success.

The character of modern armed conﬂict is changing rapidly. Major powers have integrated new generations of military hardware as well as an assortment of enabling technologies into their force postures and warﬁghting strategies. Violent non-state actors have also signiﬁcantly enhanced their power projection capabilities. These developments have a profound impact on the conditions underlying international stability and will change the face of battle. The chapter ﬁrst outlines current and near future (ﬁve- to 10-year) developments in cyber, artiﬁcial intelligence (AI), unmanned systems and space, and assesses their consequences for international security and stability. It then examines the implications for NATO, arguing that the Alliance risks losing its military technological edge vis-à-vis near peer competitors if it does not increase its investments and efforts in these areas. It also lays out the strategic, moral and practical challenges that these new technologies pose, in particular for European member states, and offers four recommendations for NATO action going forward.

Over the last 70 years, Europe has lived in peace and prosperity because of NATO, with unity as our most important weapon. We may have our differences, but we will continue to work on our common cause to promote peace, security and stability. To effectively do so, NATO needs to continuously adapt to changing security situations. An important current challenge is to ensure European Allies take more responsibility for their security. But we also need to look at future challenges and find innovative solutions for them. Future NATO offers a useful analysis that can help us prepare for what is to come for the Alliance.

For more than 70 years, the North Atlantic Alliance has helped to preserve peace and stability in the Euro-Atlantic area. It has been able to adjust to varying political and strategic challenges. We must ensure that NATO continues to be effective in the future. This requires looking ahead, challenging habitual approaches, exchanging ideas, and advancing new thinking. I highly recommend Future NATO to policymakers, military professionals and scholars alike, as it offers necessary critical and constructive analysis of current and future challenges posed to our security and defence.

Since 1949, NATO has successfully upheld common principles and adapted to new realities. As Future NATO examines, the Alliance is facing a new set of external and internal challenges in the decades to come. The Alliance and its partners need to remain committed to future changes. I recommend this excellent study to all, but especially to the younger generation of scholars and future policymakers.

The Whitehall Paper series provides in-depth studies of specific developments, issues or themes in the field of national and international defence and security. Published twice a year, Whitehall Papers reflect the highest standards of original research and analysis, and are invaluable background material for policy-makers and specialists alike. 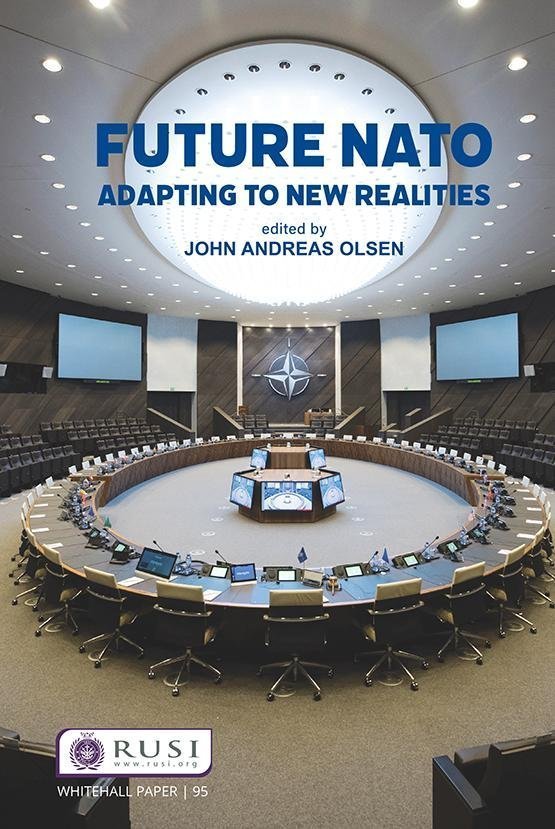