Was NATO enlargement good for security?  The answer depends on who, where, and when. Enlargement considerably benefitted European security in the short-term.  However, I argue that the long-term legacy for European security, for the organization itself, and for American grand strategy and security is less positive, because of how enlargement was implemented.

This essay was originally published on October 19th 2020 and is part of the H-Diplo/ISSF Policy Roundtable XII-1 on NATO Expansion in Retrospect.

Enlargement did a lot of good.  Underpinned by the continued presence of American forces, it facilitated the successful unification of Germany, strengthened the stability and security of Central and Eastern Europe, and settled relations with Russia to the advantage of NATO and former Warsaw Pact members.[3]  In particular, the prospect and process of NATO enlargement in the 1990s and the 2000s, together with the parallel enlargement of the European Union, offered the Central and Eastern European states better options than they would otherwise have had.  As U.S. officials put it, the continuation of NATO and its enlargement allowed the U.S. to consolidate its Cold War gains and ensure (in President George H.W. Bush’s words) a Europe “whole and free.”[4]

Yet NATO enlargement was only one element of post-1989 American grand strategy, even when it came to American plans for Europe, and cannot be considered in isolation.  The U.S. also pursued a shift in NATO’s strategic concept towards crisis management and stability operations outside of the NATO treaty area.[5]  It wanted to use NATO as an all-purpose tool to spread stability, particularly in the Middle East and North Africa. To be sure, most European allies supported the change, though the French government was significantly less enthusiastic.  Consequently, European armed forces began an open-ended process of transformation away from the heavier forces needed for collective defense and deterrence towards lighter, expeditionary forces that were more suitable for the proposed ‘out of area’ operations.

The conceptual shift interacted with enlargement, specifically in the post-9/11conflicts.  Western European allies, along with aspiring new NATO members from Central and Eastern Europe, participated in Afghanistan and Iraq —though the latter was not a NATO operation —in large part to show support for the United States.  In doing so, they sought to ensure the continued presence of U.S. forces in Europe, and, in the case of the potential new members, to shore up American support for their membership.  Successfully managing the growth of NATO as an institution would have presented a challenge under the best of circumstances.  As it turned out, the strains of operations in Afghanistan and Iraq, in parallel with the transformation of the alliance’s armed forces and the integration into the structure of so many new members, used all the bandwidth of the European defense establishments. The stress was particularly pronounced for smaller states, which most of European allies are, with fewer resources than their much larger American ally and thus more limited capacity for adaptation.  The long-term effect undermined the actual capabilities of the alliance and its political support within European capitals and among the wider public.[6]

The third element of U.S. policy was the inhibition of attempts by key Western European states to form security institutions outside of NATO during the 1990s and early 2000s.  These included the revitalized the Western European Union, the French-German initiated Eurocorps, the European Security and Defense Identity within NATO, and the European Union’s European Security and Defense Policy.  These initiatives, all of which were intended to deal with the long-term insecurity that followed European dependency on the U.S., were triggered by the European failures in the Balkan Wars and American inaction in the early years.  Despite the fact that these institutions were intended for military operations that were separate from American strategic interests, U.S. officials perceived alternative European arrangements as threats to NATO, and viewed institutional competition as “zero sum.”[7]  The simultaneous enlargement of NATO was therefore convenient, as it allowed the U.S. to increase the transatlantic caucus within NATO, but also to weaponize the dependency of the new NATO members states so they would resist these initiatives.[8]

Why did the U.S. pursue these ambitious policies concurrently?  As noted by various officials, the apparatus was fundamentally Eurocentric and Americans were used to “running the show.”[9]  In the more constrained circumstances of the Cold War, the rush to expand the institution and its geographic scope would not have been possible. Yet with a vastly weakened Russia, a not yet ascendant China, and a divided Europe, the U.S. had free reign in post-Cold War Europe.  NATO enlargement was particularly seen in terms of a “closing window,” which was only available as long as Russia was weak.[10]  After the 1990s, U.S. priorities began shifting away from Europe, not only due to the post-9/11 conflicts, but because U.S. officials largely considered the process of consolidation of a Europe “whole and free” as complete and self-sustaining.[11]

The consequences of these policies toward Europe have become apparent, as successive U.S. administrations have become increasingly preoccupied with other developments, specifically the rise of China.  While the U.S. retains forces in Europe, the Middle East, and the Asia-Pacific region, in various ways it is signaling that it is no longer capable of upholding its commitments.  The 2018 National Defense Strategy reduced the defense planning assumptions from the objective in previous documents over the past twenty years to be able to fight in multiple regions simultaneously to the current ability to fight one war at a time against a great power.[12]  Given that China is increasingly being framed as the existential threat to U.S. interests,[13]  if the choice for US officials is between the Baltics and Taiwan, the outlook for Tallinn, Riga, and Vilnius is unpromising.[14]  Nor does addressing deterrence gaps through increased nuclear flexibility, as proposed in the 2018 Nuclear Proliferation Review,[15] comfort European allies. In fact, at the time when decisions on enlargement were made, little thought seems to have been given to the military consequences of the expanded commitments.[16]

Europe’s options are limited.  Kimberley Marten argues that Russia’s turn away from the West was overdetermined, and cannot be reduced to primarily enlargement.[17]  In turn, Alexander Lanoszka believes that the defense problems in Europe are manageable.[18]  Yet, it is clear that while the geographic reach of the alliance were being expanded, the armed forces of its European member states were becoming less capable of providing the deterrence that appealed to former Warsaw Pact countries. At the very least, the current situation constrains U.S. freedom of action should it want to shift resources towards the Asia-Pacific.  U.S. criticism of uneven burden sharing and “cheap riding,” particularly by Western European allies, is partly justified.[19]  Still, the U.S. actively discourages European efforts to improve their autonomous capabilities, and the security benefits of NATO membership shifted east even though the costs remained ostensibly equal for all member states.[20]  The Western European states that can afford to bolster deterrence have less incentive to do so, while the Central and Eastern European states that want deterrence have limited resources.

Unless they rapidly build their own capabilities, the Europeans now face the risk that they will become entangled in U.S. policies in the Asia-Pacific, as they previously were in Afghanistan and Iraq, simply to ensure continued U.S. commitment to European security. The situation would arguably have been better for both Americans and Europeans had NATO remained focused on its core military costs while the Europeans were encouraged to take on additional crisis management tasks.  The painful truth is that rapid NATO enlargement, combined with other key post-Cold War American policies, stretched the formula that had made NATO so successful to or beyond its breaking point.

This essay was originally published on October 19th 2020 and is part of the H-Diplo/ISSF Policy Roundtable XII-1 on NATO Expansion in Retrospect.

[5] The shift began as early as the 1990 NATO summit in London, but culminated in a new strategic concept by the end of the decade.  NATO, “The Alliance’s Strategic Concept Approved by the Heads of State and Government Participating in the Meeting of the North Atlantic Council in Washington D.C.,” 24 April 1999, http://www.nato.int/cps/en/natohq/official_texts_27433.htm.

[12] Department of Defense, National Defense Strategy of the United States of America (2018); https://dod.defense.gov/Portals/1/Documents/pubs/2018-National-Defense-Strategy-Summary.pdf.

[14] See recent work on the possibility for opportunism by either Russia or China in case of escalation in either Europe or Asia. Hal Brands and Evan Braden Montgomery, “One War Is Not Enough: Strategy and Force Planning for Great Power Competition,” Texas National Security Review 2:3 (2020); Hal Brands and Evan Braden Montgomery, “Opportunistic Aggression in the Twenty-First Century,” Survival 62:4 (2020): 157–182.

[15] Office of the Under Secretary of Defense, Nuclear Posture Review (February 2018); https://dod.defense.gov/News/SpecialReports/2018NuclearPostureReview.aspx. 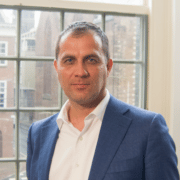