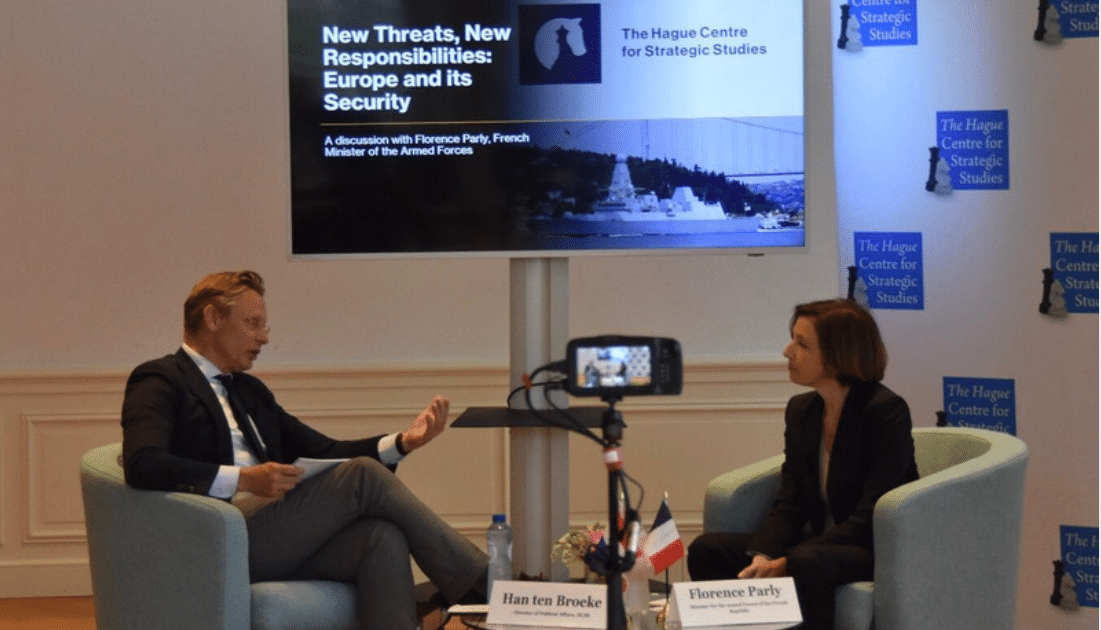 On Friday, June 25th, French Defense Minister Florence Parly was interviewed by Han ten Broeke of HCSS on what France, The Netherlands and Europe should derive from this NATO-summit, that was marked by a press release of a mere 79 paragraphs and the American President Biden reassuring that the United States “are back”.

Is this a new beginning? Or did the Europeans merely find themselves in a scenery where the main actors are the US and China and the stage will be Asia? How should Europe position itself in view of new challenges arising in its immediate environment?

The interview focused on European Defense industry, blue water cooperation, cyber and even space, and included Florence Parly’s opinion on what the French take is on this on the eve of the French presidency of the EU. To head off each topic, HCSS analysts prepared pitches on the topics of Transatlantic relations, cyberwarfare, space and European maritime strategy. The event finished off with a special video message from German ambassador to the Netherlands Dirk Brengelmann.

The interview can be viewed here:

The pitch by HCSS strategic analyst Louk Faesen on the rise of cyberwarfare as the next military domain:

The pitch by HCSS senior strategic analyst Patrick Bolder on the emergence of military compeition in the space domain:

The pitch by German ambassador to the Netherlands Dirk Brengelmann: