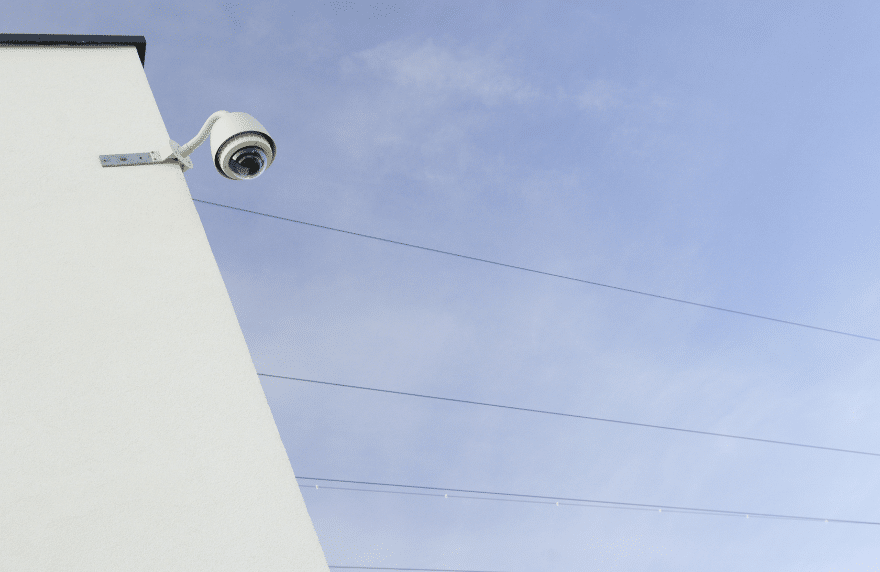 The Vital European and Dutch Security Interests Alert considers key security discourses of principal stakeholders concerning vital European and Dutch security interests. Documents such as the Strategie Nationale Veiligheid, de Internationale Veiligheidsstrategie, Defense Strategy publications, the NATO Strategic Concept and the EU Global Strategy serve as the basis for this Alert. Based on a monthly summary of emerging affairs gathered through an annotated list of publications from think tanks, academic outlets, and expert blogs, the Alert also considers more specific issues as they emerge in the Dutch security discourse.

Monthly Alerts are created by HCSS and the Clingendael Institute as part of the PROGRESS Strategic Monitor. 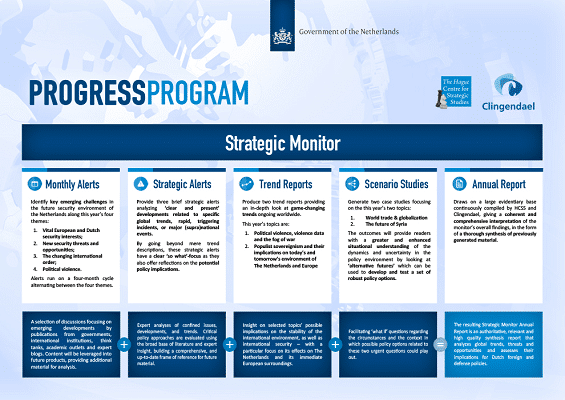 The Vital European and Dutch Security Interests Alert considers key security discourses of principal stakeholders concerning vital European and Dutch security interests. Documents such as the Strategie Nationale Veiligheid, de Internationale Veiligheidsstrategie, Defense Strategy publications, the NATO Strategic Concept and the EU Global Strategy serve as the basis for this Alert. Based on a monthly summary of emerging affairs gathered through an annotated list of publications from think tanks, academic outlets, and expert blogs, the Alert also considers more specific issues as they emerge in the Dutch security discourse.

The Dutch security context has changed rapidly in recent years. The interconnectedness of the security domain requires a renewal of national response mechanisms and policy frameworks. The instability in Europe’s neighborhood, cyberattacks, Russia, climate change, migratory pressures and extremism, to name only a few challenges, cannot be tackled one-sidedly. While the government coalition negotiations continue, two organizations have energized the national strategic security debate with new reports. The WRR recognizes a worsening security situation, emphasizes the importance of alliances as a basis for defense policy and calls for focused investments in defense. The Teldersstichting argues that the emerging security situation demands a revisioning of current security and defense priorities, more robust capabilities, and greater investment in R&D to boost innovation. These publications sparked a public debate in which participants offered important insights for the design of future Dutch security policies.

This section provides a snapshot of important topics in the European security discourse in recent months. Firstly, NATO has fixed their counter-terrorism agenda atop their list of priorities, as evidenced by Secretary General Stoltenberg’s recent speeches in Brussels and Washington D.C. Secondly, the EU’s own priorities stem from the June 2016 Global Strategy report which identifies both ‘internal’ and ‘external’ security interests. However, since its publication EU officials have devoted greater attention to strengthening “the security of our union” over other priorities presented within the Global Strategy. Particular focus has been drawn on emerging topics not covered extensively within the report that are increasingly seen as urgent security threats, such as migration and Russian disinformation. The subsequent push to strengthen the EU’s defense (cooperation) portfolio has involved a rigorous evaluation process, as illustrated by the Malta conference held last April and the publication of the Reflection Paper on the Future of European Defense. Thirdly, individual EU members states are changing security priorities. Germany, despite its Transatlantic white book, is taking a more continental direction, while Finland seem to have traded their cooperative relations with Russia for a more confrontational style. The articles provided within this section point to continued shifts in the identification of European security interests within EU institutions and European capitals.

Since the dawn of the digital age, cyber security has posed a pernicious problem to pundits, practitioners and policymakers alike. Today’s cyber security risks are unprecedented in nature, and challenge the traditional security architectures that have been put in place to protect our societies from harm. The recent WannaCry ransomware incident that occurred in mid-May 2017 already provided a glimpse of a dystopian future, demonstrating the potential colossal physical consequences of digital disruption. As our vital infrastructure and public goods & services become increasingly reliant on digital networks, we must quickly evolve our understanding and adapt our policies to meet the challenges of today’s and tomorrow’s world. This section provides an overview of Dutch cyber security (readiness) in the context of multiple nexus including national-international, civil-military and conventional-unconventional. We can strongly recommend the articles featured below as mustreads, for both the cyber savvy, and the cyber ignorant, and for those who fall somewhere in between.

In order to remain on top of the rapid changes ongoing in the international environment, the Strategic Monitor of the Ministry of Foreign Affairs and Ministry of Defence provides analysis of global trends and risks. The Monthly Alerts offer an integrated perspective on key challenges in the future security environment of the Netherlands along the following four themes:

The Monthly Alerts reflect the monitoring framework of the Annual Strategic Monitor report, which is due for publication in January 2018. Each Monthly Alert offers a selection of discussions of emerging developments by key stakeholders in publications from governments, international institutions, think tanks, academic outlets and expert blogs, supported by previews of ongoing monitoring efforts of HCSS and Clingendael. The Monthly Alerts run on a four-month cycle alternating between the four themes.