HCSS visit to Republic of Korea 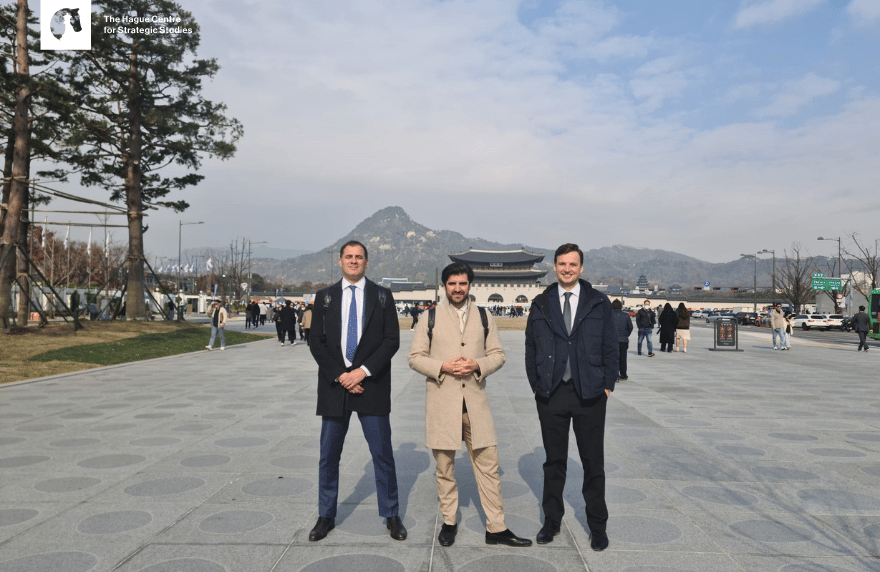 Late November Tim Sweijs, HCSS Director of Research, Paul van Hooft, Chair of the HCSS Europe in the Indo-Pacific Hub (EIPH) and Joris Teer, Project Coordinator of EIPH, visited the Republic of Korea. As part of EIPH’s efforts to intensify relations between Dutch and Korean representatives of think tanks, industry and governments, Sweijs, van Hooft and Teer spoke to a wide variety of parties. The role of (extended) deterrence in maintaining peace and stability on the Korean peninsula, tensions in the Taiwan Strait, US-China great power rivalry, the geopolitics of semiconductors and critical raw materials, and the role of small and middle powers in upholding the multilateral order are topics that were discussed.

As part of the trip, HCSS organized a Round Table on Korea-Europe-The Netherlands cooperation to enhance peace and stability in East Asia, Southeast Asia and the broader Indo-Pacific region with Korean security experts. In addition, EIPH was warmly welcomed by Dongmin Lee at the Sejong Institute and Jaewon Lee at the Center for Economic Security and Foreign Affairs (CESFA) among other places. EIPH also wishes to extend its gratitude to June Park of Princeton University for the insightful conversations on Korea’s semiconductor industry and the geopolitics of trade and technology