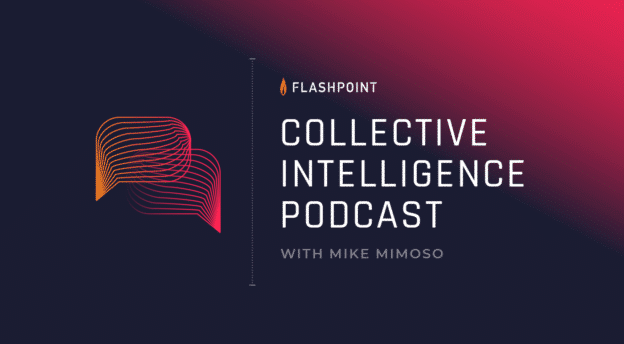 Dr. Alexander Klimburg, Director of the Global Commission on the Stability of Cyberspace, discusses regional differences in the ideologies underlying cyber conflict in the latest Flashpoint Collective Intelligence Podcast with Mike Mimoso, and he’s seeing some disturbing trends worth listening to.

Listen the podcast here or get a direct download (mp3).

As the internet has transformed economies and human communication, it has largely maintained a multistakeholder model in terms of internet governance. The public network is still characterized by its openness, innovation, and decentralized, transnational governance.

More and more, however, political conflict has seeped online and the threat of military conflicts taking place in cyberspace looms as well. This dynamic threatens the open nature of the internet’s current governance model, according to Alexander Klimburg, a longtime adviser to governments on cyber conflict, critical infrastructure protection, and internet governance.

In that light, Klimburg, who is the Director of the Global Commission on the Stability of Cyberspace Initiative and Secretariat and Director of the Cyber Policy and Resilience Program at The Hague Centre for Strategic Studies, has observed the widening rift between East and West and the use of information warfare driving a deeper wedge between these disparate doctrines.

In this episode of the Collective Intelligence Podcast, recorded during the recent Black Hat conference in Las Vegas, Klimburg discusses how the East—Russia and China specifically—don’t view cyber conflict and cyberwar as a battle for critical infrastructure, as the West might. Instead, regime change is the nightmare scenario for those regions, Klimburg said, adding that Russia is attempting to extend to the internet the Communist tradition of the information sphere being the dominant sphere of decision making. By changing the multistakeholder governance model to a multilateral one, Russia believes it would have more stable control over cyber.

Klimburg points out that the information security triad of confidentiality, integrity, and availability applies only in the West; Russia and China are less concerned about the status of data, and instead care only what it’s used for. “They care about narrative control,” he said.

Klimburg expands upon this discussion point throughout the podcast, touching on the different philosophies and potential consequences of the current paths both sides are taking, and what it could mean as the U.S. approaches another presidential election season.

The Collective Intelligence Podcast, presented by Flashpoint and hosted by Editorial Director Mike Mimoso, features regular interviews with a diverse set of industry experts and Flashpoint analysts on the latest information security news and industry trends.