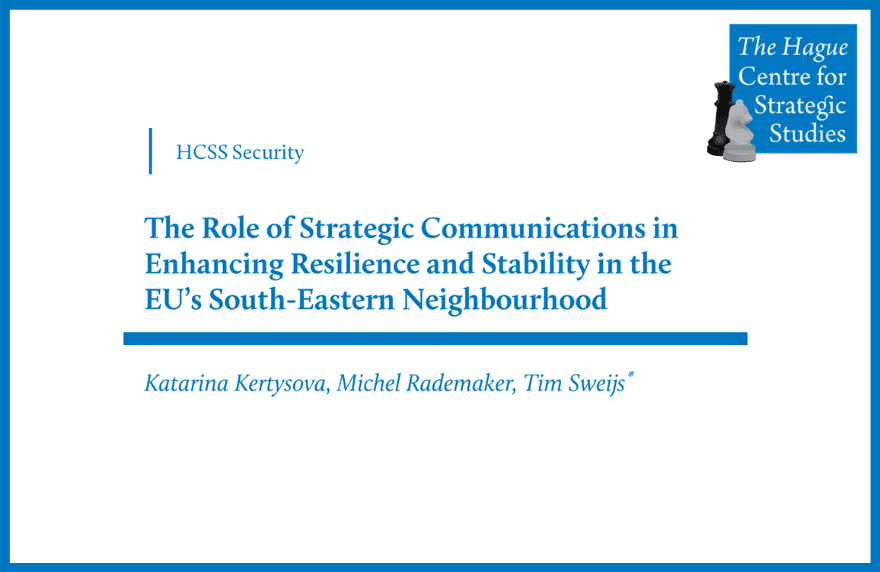 The strengthening of the stability of the South-East Europe/Western Balkans (SEE/WB) constituted a specific thematic priority of the Austrian Presidency of the Council of the European Union, which ran from July until December 2018.

In this context, experts from EU Member States, the European External Action Service, and SEE/WB convened in Vienna at the occasion of the EU StratCom Seminar, hosted by the Austrian Ministry of Defence in cooperation with The Hague Centre for Strategic Studies (HCSS) in July 2018. The delegates participated in a StratCom Capability Game in which they conducted an in-depth analysis of existing StratCom capabilities at the EU, Member State and SEE/WB State level; identified which capabilities required (further) strengthening; and devised a set of concrete recommendations for both the participants and their constituencies, as well as the broader communities with regard to the development and implementation of a stronger set of StratCom capabilities.

This HCSS Security Paper describes the results of the StratCom Capability Game. It shows that the EU as a whole, its Member States and the SEE/WB partners already possess a large number of StratCom capabilities that help enhance the EU’s profile and the profile of its Member States and partners, expose disinformation, and increase media literacy of populations and policymakers across Europe. The strongest need to strengthen existing capabilities was identified at the Member State level, while the strongest need to develop new capabilities was identified at the SEE/WB level. A number of capabilities were prioritised, most prevalent amongst them were those aimed at promoting SEE/WB within the EU, both at the EU and at the Member State level.

Checklist for Collaboration with Chinese Universities and Other Research In...
Scroll to top