The Future of CBRN 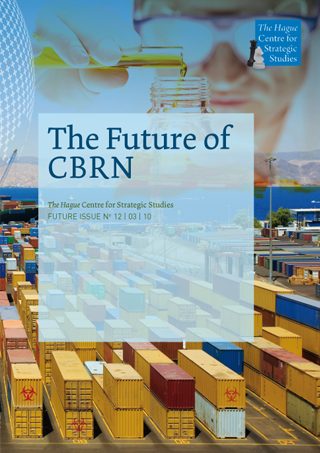 HCSS mapped and analysed the debate on the potential future use of chemical, biological, radiological and nuclear (CBRN) materials in the security and safety domain in the next five to fifteen years. It examined over 120 key documents published in the last decade by authoritative governmental and nongovernmental sources, including military institutions, treaty organisations, think-tanks, and universities. The analysis considers the technological and geopolitical aspects of the production, proliferation and actual use of CBRN materials as weapons. In addition, it examines the capacities and potential intentions of state and non-state actors.

Five key observations have emerged with respect to the focus, substance and nature of the CBRN literature:

• The literature tends to focus heavily on the future of biological weapons;

• The literature predominantly discusses the consequences of a CBRN attack as

the result of malicious intent;

• Furthermore, there is a strong bias towards describing worst-case scenarios, while CBRN events with a lesser impact tend to be ignored.

• A significant gap exists between the scientific and the policy work community.

• Many authors extrapolate from the present when talking about actor’s intentions, the proliferation of materials and the future of dual use technology, despite the fact that there is a significant degree of uncertainty surrounding the impact of revolutions in the field of bio- and nanotechnology, and how

these may affect, amongst other things, types of agents, ease of production and magnitude of effects.

With respect to science and technology, the literature foresees:

• An increasing convergence of chemistry and biology;

• Tremendous advances in understanding and manipulating genes, cells, and organisms;

• Developments in field of nanotechnology that may revolutionise dispersal methods.

With respect to materials, the literature foresees:

• An increasing availability of CBRN materials;

• The potential to engineer (CB) materials from scratch;

• A growth in the number of dual use materials and technology that may pose major challenges to non proliferation regimes.

With respect to intentions, the literature foresees:

• A persistent intention on the part of state actors to to acquire (new types of ) CBN capabilities;

• A persistent intention on the part of non-state actors to acquire (new types of ) CBRN capabilities and in some cases an explicit desire to use these capabilities.

With respect to capabilities, the literature foresees:

• Fewer hurdles to non-state actor CBRN acquisition, although these will continue to exist;

• The emergence of a distinction between future and traditional BCW, with the former the prerogative of state-actors while the latter may be within the reach of both state and non-state actors.

Overall, the literature seems to converge that in the 21st century, CBRN materials may be utilised and deployed as weapons in novel ways, both at the battlefield and in the civil domain, in times of war as well as in times of peace.

Navigating the CBRN landscape of 2010 and beyond: towards a new policy para...

Future Issue – Social Networking: the security shakedown of shared in...
Scroll to top