Navigating the CBRN landscape of 2010 and beyond: towards a new policy paradigm 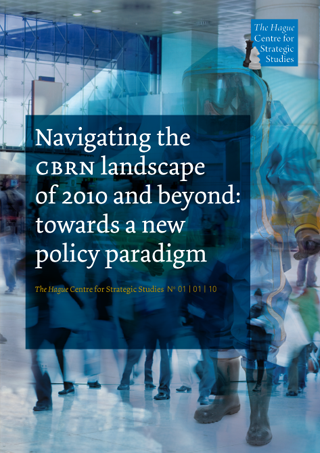 In times of tightening security budgets, the way in which countries prepare for Chemical, Biological, Radiological and Nuclear (CBRN) incidents, deserves renewed scrutiny. This involves the prioritisation of capabilities against C, B, R, or N in the analysis, prevention and response (APR) phases. This will have to be done against the background of limited availability of data on the intentions and capabilities of actors to actually use CBRN weapons and uncertainty about scientific developments in the field of chemistry, biology and nanotechnology.

This report seeks to analyse the nature and size of present and future CBRN-threats as perceived by the policymaking and the expert community. It also compares policy approaches in Canada, France, Germany, the Netherlands, the United Kingdom and the United States and of NATO and the EU.

An analysis of how current CBRN-threats and hazards are perceived by policymakers from the countries analysed shows the following:

• There is a consensus on the importance of CBRN-threats. All six countries list CBRN-terrorism or other CBRN-weapon use and the proliferation of CBRN-weapons among the most important security threats;

• The general perception is that state actors have the capacity to acquire CBRN but are restrained to deploy them. The opposite holds true for non-state actors. The expert community does not concur with these assessments.

With respect to science and technology, experts expect: An increasing convergence of chemistry and biology; Tremendous advances in understanding and manipulating genes, cells, and organisms; Developments in the field of nanotechnology that may revolutionise dispersal methods. With respect to materials: An increasing availability of CBRN materials; The potential to engineer (CB) materials from scratch; A growth in the number of dual-use materials and technology that pose major challenges to non-proliferation regimes. With respect to intentions :A persistent intention on the part of state actors to acquire (new types of ) CBRN capabilities; A persistent intention on the part of non-state actors to acquire (new types of ) CBRN capabilities and in some cases an explicit desire to use these capabilities. With respect to capabilities: Significantly fewer hurdles to state actor CBRN acquisition as a result of knowledge diffusion and economic globalisation; Fewer hurdles to non-state actor CBRN acquisition, although these will continue to exist; The emergence of a distinction between future and traditional BCW, with the former the prerogative of state actors while the latter may be within the reach of both state and non-state actors. Overall, experts agree that in the 21st century, CBRN materials may be utilised and deployed as weapons in novel ways, both in the military and civil domain.

The CBRN-policy benchmark, comparing the six countries mentioned above, reveals how countries formulate and execute their respective CBRN policies. Our analysis found that: Some countries deal with CBRN as a single policy issue in its own right; other countries approach CBRN as part of a larger security policy approach; CBRN crisis management has shifted from the military to the civil domain resulting in a duplication of efforts; While capabilities have been strategically identified along the analysis, prevention and response (APR) phases, few countries have dedicated CBRN strategies.

The Future of CBRN
Scroll to top