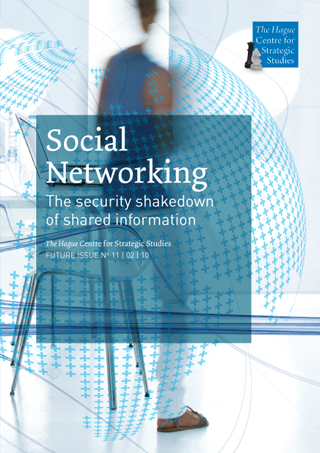 Information Dissemination: Social networks introduce a new distributed and decentralised mode of communication which has only started to be explored by governments, businesses corporations, and other non-governmental organisations. An increasing number of the studies on social networks examine the role of social networks in strategic government communication which in turn may impact strategic decision-making processes on security. For example, social networks may shorten the OODA-loop (Observe, Orient, Decide, Act) because it allows for faster decision-making using novel methods for communication. Social networks may strengthen democracy by facilitating the free flow of information and increasing transparency of government actions (thereby shifting power away from governments to populations). However, they may undermine democracy by providing a platform for conspiracy theories

whose origins and claims may be more difficult to verify for the average citizen.

Intelligence Operations: Social networks are used by individuals, corporations and government agencies to collect intelligence in various formats, such as individuals’ personal details and personal histories, their employment details information, consumer behaviour and more. This may, on the one hand, strengthen the ability of governments to monitor the behaviour of citizens while, on the other hand, it may strengthen the position of non-state actors in relation to state governments. Intelligence operations on social networks in the future may provide novel ways for individuals to influence governmental intelligence by strategically placing false information, creating deceptions, or by hacking government systems using social networks. Organisational Capabilities: Social networks may provide a powerful tool for groups of people to self-organise. This has already been demonstrated in a number of revolutions and uprisings over the past few years. Social networks’ potential to mobilise people is not restricted solely to the political domain nor is it limited to any particular geographical boundaries, and it is expected that its use will spread further in the future.

The Future of CBRN