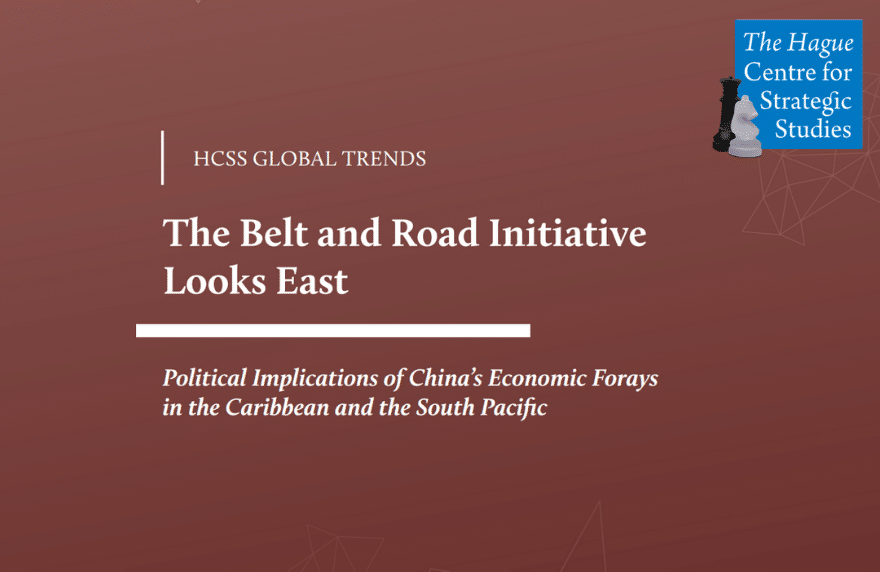 In the beginning of 2018, the People’s Republic of China formally invited countries in Latin America and the Caribbean to join its Belt and Road initiative (BRI). Created in 2013, the BRI has mainly be seen as an endeavor to secure steady supplies of raw materials, principally from Africa and the Middle East, and to tie the economic fates of its Asian neighbors to that of China. The big question: why would China want to include the Caribbean and South Pacific in the BRI? As neither region is highly promising in terms of critical raw materials, speculation about Chinese engagement has focused on geopolitical motives.

HCSS’ latest report, ‘The Belt and Road Initiative Looks East,’ aims to understand the consequences of China’s dealings with the nations in the Caribbean and the South Pacific, and offers recommendations to the Netherlands and its strategic partners on how to respond to these developments.

In both regions, the Chinese engage in large-scale infrastructure projects, including building highways, hospitals and schools but also government buildings and presidential palaces. As is the case with BRI and related projects elsewhere, China’s economic inroads also have geopolitical consequences, and affects good governance at the local level. In the Caribbean, Beijing benefits from the strategic neglect on the part of the United States, which traditionally considered the Caribbean as its own backyard. In the South Pacific, China has shown actual interest in establishing permanent military bases, while countries in the region could face pressure to facilitate this because of their sizeable external debt to China.

The most important policy recommendations for the Netherlands and its partners include advice on how to help the islands’ societies to become more resilient to Chinese influence, economically, socially, and politically. This can be done by offering alternatives for Chinese loans and investments, including through supporting existing regional organizations; supporting good governance in the region through civil society; empowering local media outlets; teaming up with like minded countries who have interests in the region; and, when opportune, to reach out to China in seeking to make it a responsible security partner both in the Caribbean and in the South Pacific.

Testimony from Tim Sweijs on “Artificial Intelligence and Its Future Impact...