Balancing on the brink: Vulnerability of states in the Middle East and North Africa 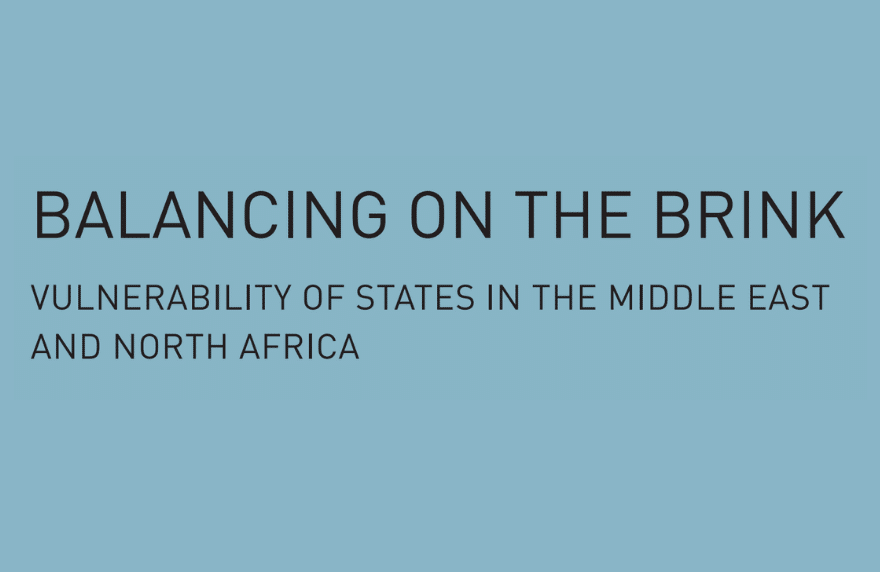 Since the Arab Spring, conflict in the Middle East and North Africa (MENA) has rapidly intensified. The drivers of these conflicts are still present and could spark future violence. This report looks at the vulnerability of MENA states to future conflict, and how this may impact Europe. We look at the four types of vulnerability:

• Political turmoil is a primary driver of conflict in countries confronted with regime changes, or with regimes facing existential threats. Such states are less apt at mitigating turmoil, and fragile institutions create an incentive for people and groups to try and shape the political context.
• The Arab Spring has amplified economic and social problems in many countries, especially in states already severely affected by the upheavals. In richer Gulf countries, food and water scarcity are predominantly economic concerns that governments can buy-off by subsidizing consumption, by importing water and food, or by investing in desalination and irrigation.
• Fuel export dependent countries that rely on oil and gas revenues to fill state coffers are more vulnerable to a decline in oil price, particularly when they have limited financial buffers.
• Religious and ethnic tensions may erupt due to people looking for a state, or sizeable ethnic and/or religious groups vying for state control.

A second part of the study looks at how conflict could spill-over to Europe, affecting the security and economic interests of states on the continent. Specifically, it looks at large scale refugee inflows, illegal immigration, and human trafficking; European jihadi fighters coming home; oil price spikes and disruption of import flows; and (non)-fuel trade flows and poor return on investment.

This study is part of the Strategic Monitor 2014, an innovative new report by The Hague Centre for Strategic Studies (HCSS) that draws on in-depth research and cutting-edge analytical tools to explore some key trends and challenges to our global security environment. The report consists of four studies focusing on the following themes:

• Great power assertiveness;
• The role of pivot states in regional and global security;
• Vulnerable states in the Middle East and North Africa;
• The growing role of non-state actors in security affairs.

Assessing Assertions of Assertiveness: The Chinese and Russian Cases