Assessing Assertions of Assertiveness: The Chinese and Russian Cases 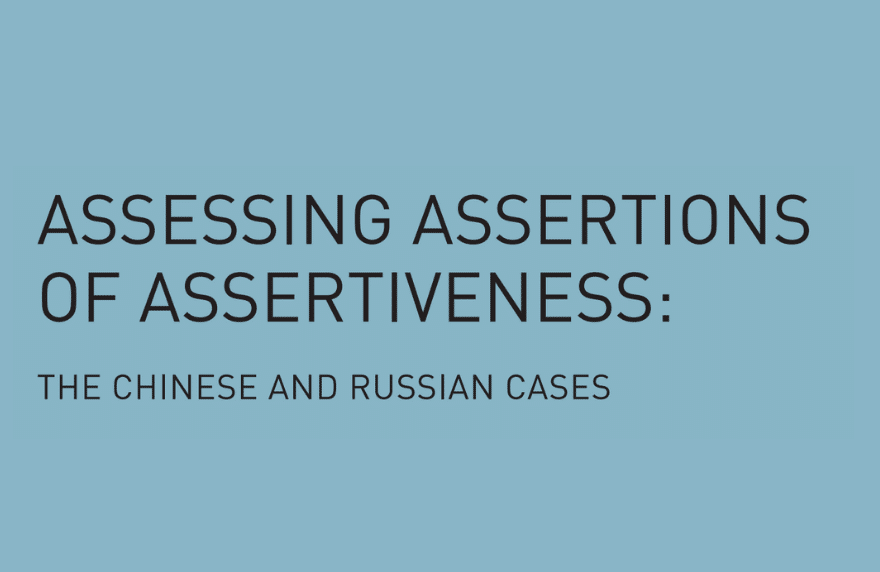 This study points to worrying trends in how far two great power contenders, Russia and China, have been willing to go to assert themselves in the international arena. It concludes that increased willingness to resort to brinkmanship has heightened the danger of a ‘Cuban Missile Crisis’-type event that could spiral into uncontrollable escalation.

Based on a several unique new datasets that were specifically assembled for this project, as well as a number of different analytical tools and methods, this study provides quantitative evidence that great power assertiveness has risen significantly over the past few decades. China’s assertiveness has increased most sharply (by about 50% since 1979), but remains at a lower level than Russia’s, which has risen more modestly yet still shows a marked increase since President Putin’s third term in office. Second, both countries’ assertive deeds surpass their rhetoric, which should be a cause for concern: they walk the walk even more than they talk the talk. This applies to both the military, political and economic domains. However, one positive conclusion is that non-confrontational forms of assertiveness continue to outweigh the aggressive actions of both countries. And finally, China increasingly flexes its military muscle. Russia presents a more mixed picture, although here too the Russian baseline remains significantly higher than the Chinese one.

You can download the study with the button on the right.

This study is part of the Strategic Monitor 2014, an innovative new report by The Hague Centre for Strategic Studies (HCSS) that draws on in-depth research and cutting-edge analytical tools to explore some key trends and challenges to our global security environment. The report consists of four studies focusing on the following themes:

• Great power assertiveness;
• The role of pivot states in regional and global security;
• Vulnerable states in the Middle East and North Africa;
• The growing role of non-state actors in security affairs.

Balancing on the brink: Vulnerability of states in the Middle East and North...
Scroll to top