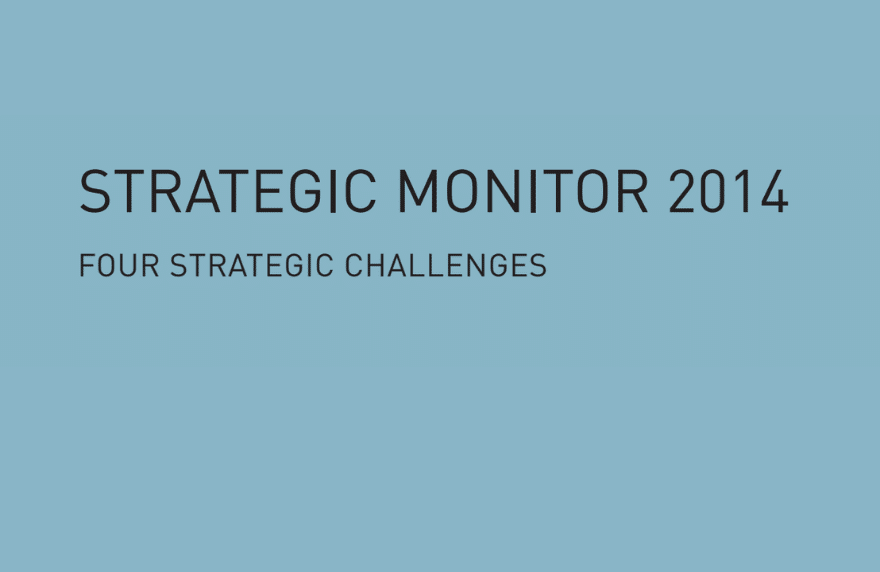 Decades of rising prosperity and increasing interdependence between states have significantly diminished the chance of direct conflict. But new security challenges now threaten to undermine this trend. The HCSS Strategic Monitor 2014 explores four such challenges to our global security environment: assertiveness of China and Russia, the rise of ‘pivot states’, instability in the MENA region, and the changing role of non-state actors in security issues.

1. There has been a marked rise in the assertiveness of great powers in recent years, made manifest in ever more confrontational moves, from the Russian annexation of the Crimea to the enhanced Chinese presence in the South-Chinese Sea. This implies a significant increase in the chance of great power conflict.

2. Tensions manifest themselves primarily in ‘pivot states’, such as Ukraine, where the spheres of influence of rival great powers overlap.

3. Regional conflict and instability are edging ever closer to the periphery of Europe. Many MENA states remain vulnerable to specific forms of conflict.

4. Security threats, and particularly solutions, will come more and more from non-state actors.

The report was presented on May 21st 2014 to the Dutch Minister of Defense, Jeanine Hennis-Plasschaert. The minister commended the report, stating that it demonstrates “that there is no standard, catch-all recipe for deploying military force […] we must be prepared for a plurality of operations.” She went on to say that “the Strategic Monitor is a crucial tool for our Defense policy development.” She also expressed hope that the developments identified in the report will be incorporated in the current and ongoing security debate, especially since “[Dutch] society is slowly regaining its awareness of the value of defense. People are waking up.”

You can download the Strategic Monitor 2014 report (in English) with the button.

Assessing Assertions of Assertiveness: The Chinese and Russian Cases
Scroll to top