A Road to Riches or a Road to Ruin? The Geo-economic Implications of China’s New Silk Road 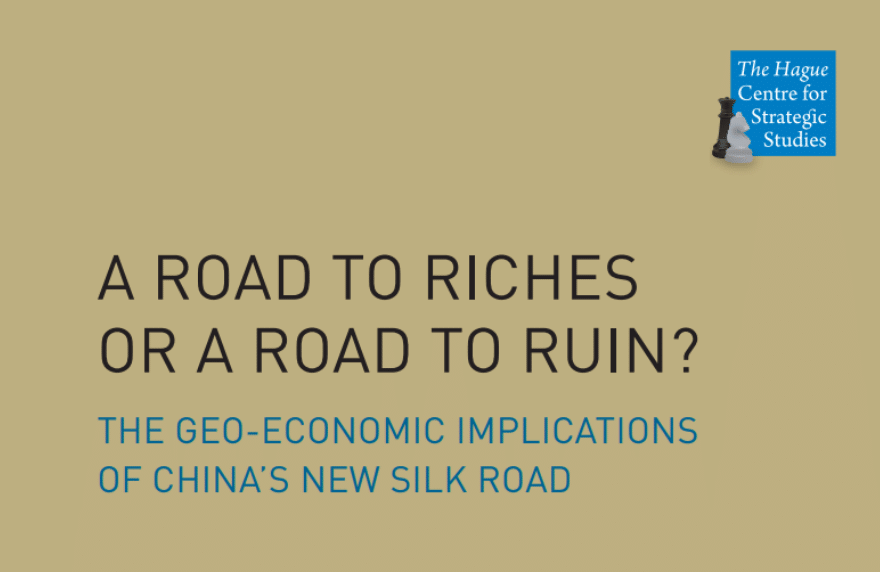 China’s One Belt One Road (OBOR) project was formally introduced by Chinese President Xi-Jinping in 2013. The project, aimed at integrating trade and investment in Eurasia, encompasses over $900 billion in planned investments of infrastructure across Central and South Asia, the Middle East, and Central and Eastern Europe (CEE).

A dedicated forum for cooperation with CEE countries has been around now for several years. Originally created in April 2012, ‘the so-called ‘16+1’ framework constitutes a platform which brings heads of state together annually to strengthen dialogue and cooperation between China and the CEE region. Chinese investment interests within the CEE region appear strongly related to privatization opportunities, including large scale infrastructure projects and public procurement opportunities.

China’s interest in the CEE region, and the creation of the ‘16+1’ format in particular, also gives rise to concerns that China is attempting to use the region as a medium through which to influence the EU from within. This influence manifests itself primarily in the form of initiatives which aim to persuade and/or pressure CEE countries to adopt favorable policies vis-à-vis China. These concerns stem from two directions. First, there is a fear that some deals concluded with China may not comply with EU rules on public procurement, or other regulations and guidelines. Second, there is a fear of political influencing, which some see exhibited by the EU in avoiding direct references or statements towards China’s legal defeat over the South China Sea after the objection by some member states

China’s engagement in the Middle East is arguably the most important component of the OBOR initiative as far as its strategic objectives are concerned. Beijing enunciates a clear interest in developing strong structural ties within the region, particularly with fossil fuel exports being the centerpiece, at least for the initial stage. This also means of course that China will almost inevitably get embroiled in political matters, and thus pose a challenge to the interests of other key players such as Russia, the US and the EU. While China seeks to avoid becoming yet another outside power that meddles in the region’s affairs, it does already show signs of being prepared to become politically engaged. In its engagement in the Middle East, China’s policy is banked on the hopes of being the newish entrant in the region, which absolves it from any imperialist or interventionist baggage. This notwithstanding, regional players, are going to be tempted to play the China card when dealing with the other major (outside) powers, which will effectively pull China into the region’s political vortices.

Given OBOR’s unprecedented scale, this new study by The Hague Centre for Strategic Studies (HCSS) investigates the extent to which ‘Belt and Road’ related investments in CEE and the greater Middle East bring sufficient economic weight to both regions that at the same time can be turned into political influence. If this is indeed the case, a pertinent question to ask is whether China is prepared and willing to play a greater political (and/or security) role in CEE and the Middle East in the first place? In addition, the paper seeks to understand whether China’s role can be judged as positive or negative for regional security, as seen from the viewpoint of Europe and the Netherlands.

The study can be downloaded via the button.