China’s Military Rise and the Implications for European Security 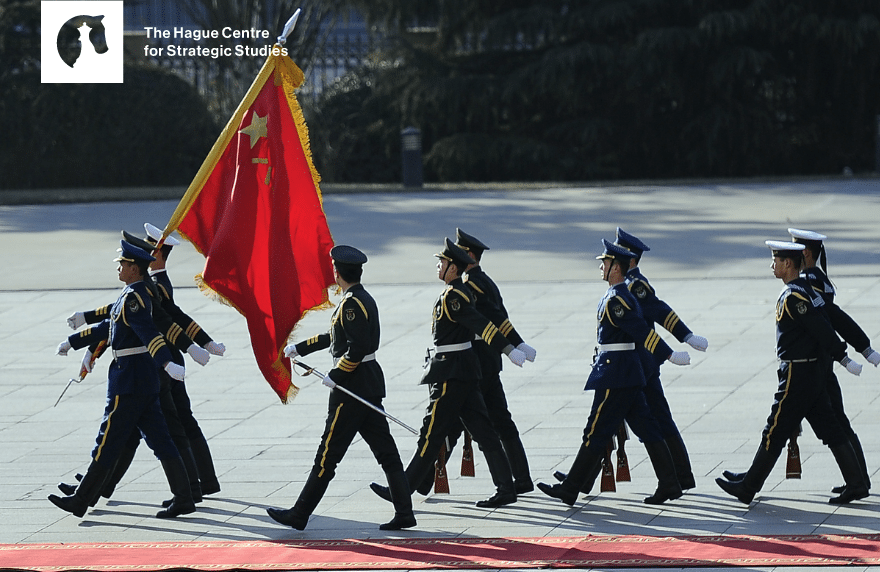 China is following a typical trajectory for rising great powers in terms of its increasing willingness and ability to project power outside its region. What is the People’s Liberation Army capable of today and what will likely be its capabilities by 2035? This new HCSS report makes a broad assessment of China’s military modernization and the implications for the security of European states, providing 20+ policy recommendations to deal with China’s military rise.

It is increasingly difficult to have a dispassionate understanding of Chinese military power. For many, China is already an ideologically incompatible and unstoppable juggernaut; for others, it is unlikely to ever entirely match Western military capabilities. Also, China’s ability to project power within the South China Sea, East China Sea, and Taiwan Strait has been the focus of most analyses. As a result, there is a lack of a comprehensive assessment of the overall development of China’s military capabilities and what these will mean outside of the Western Pacific, especially for European states.

This report addresses the gap by developing a typology based on historical examples of other rising powers. The publication goes in depth on China’s military power, provides an analysis of how it arrived at current capabilities, and the trajectory through 2035. The ultimate objective of this analytical approach is the development of an evidence-based foundation for thinking about the potential consequences of China’s military rise and European and Dutch policy options to address it.

The main finding of the report is that China exhibits almost all of the factors that characteristically drive great power expansion outside of the region. It is following a typical rising great power trajectory in almost all respects, although it is still on an upward path, and is implementing a long-term strategy to be able to project power extra-regionally, which it is expected to be increasingly able to between now and 2035.

Download the full report, the annex or the individual chapters:

The research for and production of this report has been conducted within the PROGRESS research framework agreement. Responsibility for the contents and for the opinions expressed rests solely with the authors and does not constitute, nor should it be construed as, an endorsement by the Netherlands Ministries of Foreign Affairs and Defense.

Great power competition has once again become the most important consideration for Western security policy. The behavior of a number of states are of concern for Western policymaker, including Russia. However, the focus is on China. With this in mind, HCSS launches the report on China where an assessment of its military rise and impact on Europe will be published over the coming weeks.

By providing a comparative historical analysis of the rise of great powers, the first chapter lays the groundwork for the subsequent empirical chapters. It seeks to identify broader patterns in motives and manifestations when it comes to the deployment of military power outside the home regions of great powers.

The chapter concludes with the following Key Takeaways:

The second chapter analyzes the core interests that the Chinese Communist Party (CCP) has outlined in recent decades and which the CCP has been acting to secure since Xi has taken power. It examines the focal points of bureaucratic debates between the Party and the Chinese government as well as the role that the People’s Liberation Army (PLA) may play in upholding the Party’s articulated – and growing – ‘core interests’.

Chapter Two was produced by Michael Shoebridge, Director of the Defence, Strategy and National Security Program at the Australian Strategic Policy Institute (ASPI) in partnership with Ming Shih Shen, a senior researcher at the Institute for National Defense Security Research (INDSR).

It assesses that the CCP’s Great Rejuvenation of Chinese People is Beijing’s national goal, with military power being a means to this end. In addition to these geographic areas, Beijing’s plans are creating a PLA with increased power projection and presence in space, cyber space, and the electromagnetic spectrum, areas unconstrained by geography which provide options for exerting Chinese power globally – to ‘safeguard China’s security interests’ and to ‘safeguard China’s overseas interests’. The authors focus on the priorities among Xi, the Party, bureaucrats and the PLA of these ‘core interests’ as well as the expectation flowing from these for the PLA’s role and its functions.

The authors assess the following takeaways as most important:

In order to illustrate how and why it has chosen to develop various military capabilities, the third chapter analyzes China’s defense spending. The assessment starts in 1996, continues to the present day and projects trends to 2035. The chapter is devoted to the broad spectrum of China’s military capabilities relevant to its ability to influence events in the Indian Ocean: China’s far seas military capabilities such as its extra-regional power projection capabilities and long range strike capabilities; command, control, communications, computers, intelligence, surveillance, and reconnaissance (C4ISR); and additional capabilities.

The chapter concludes with the following Key Takeaways:

This chapter examines the resources that underpin power projection outside of China’s own region in the Western Pacific, including defense spending, concrete capabilities and procurement. It also analyzes the diplomatic and defense activities that support extra-regional military engagement.

Key Takeaways for chapter four are:

Referring back to the framework provided in Chapter One, this component of the report synthesizes the key findings of Chapter Two, Three and Four. In examining motivations and manifestations of China’s military rise, it evaluates where China was (1996-2020), where it is now (2021) and where it is projected to be (2021-2035).

China is exhibiting all of the factors that typically drive great power expansion outside of the region. It has shown signs of most of the motivations for expansion that great powers typically exhibit and has made enormous strides in its stated goal of developing a world-class military, though it stills falls short in some key areas. In short, it is following a typical trajectory for a rising great power, even though it lacks behind in some key aspects that enable the use of military capabilities far from home, and is implementing a long-term strategy to be able to sustainably project power outside its region.

The chapter focuses on the six aspects that make up of extra-regional military capabilities:

China’s emergence as a great power has had profound and increasingly pressing consequences for the security of European states, even though the focus of China’s military rise – its near seas – seems remote. The consequences include those that are direct, such as the risk of Sino-US conflict in China’s near seas, to those that are indirect, such as growing Chinese economic influence over states that house European naval bases.

The final chapter of the report on China’s military rise identifies the key security implications for European states. These include:

22+ recommendations for European policymakers are provided, that are designed to mitigate the security consequences of China’s military rise. These range from minimizing the risk of wars fought close to China’s shore, to improving access to shipbuilding and repair capacities, to expanding access to critical raw materials and to working with oil importers to offset China’s influence over oil-producers.

The High Value of The North Sea

Strategic Alert: National Security Implications of Quantum Technology and B...
Scroll to top