Strategic Monitor: The Wheel of Fortune 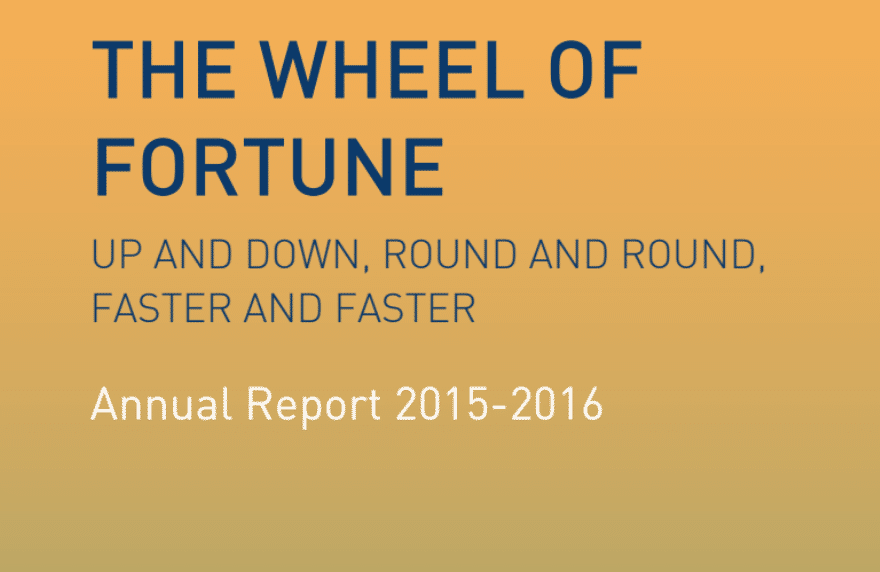 National security starts with strategic anticipation: what are the risks for the Dutch national security? How can the Netherlands prepare for this, and what choices and investments are needed in order to do so?

The HCSS Strategic Monitor analyses global trends in cooperation, confrontation and conflict, and identifies the most important security risks for the Netherlands.

Watch an introductory video to the study below.

The key findings of the report are:

The wheel of fortune spins downwards: the European security situation remains worrisome as Europe faces an array of security threats.

The tensions between the West and Russia continue unabated. Russian military modernization, rhetoric of Russian leaders, as well as assertive and at times aggressive behavior, form a substantial threat to the national security of the Netherlands and its allies.

This observation is not an incident but a trend: the assertivitis virus flourishes among great powers anno 2016. There is a real possibility that an interstate crisis might occur. This kind of crisis is remembered by the previous generation all too well from the Cold War.

The persistent conflicts in the Middle East generate humanitarian and economic consequences of immense proportions. War and instability in this region directly affect Europe and the Netherlands. Refugee flows caused by these conflicts are putting pressure on Europe. The fusion, contamination, and spillover of conflicts in this region, complemented by the mobilizing powers of ISIS, are feeding radicalization and terrorism in European capitals.

The stagnation of the New Peace continues. In particular the number of mayor conflicts – with more than 1000 casualties – has increased significantly. The number of direct war victims has risen from 18,000 in 2005 to 125,000 in 2014 (most recent data available), the most lethal year recorded since 1994. Nevertheless, the number of casualties from war remains under the average of 180,000 a year during the Cold War period.

Conflict projections provide little reason for optimism in the near future: the HCSS models predict the protraction – and in some cases deterioration – of several conflicts, especially in the MENA (Middle East & North Africa) region and Sub-Saharan Africa.

Different security challenges demand different responses. Capacity in the area of collective security and deterrence, as well as instruments in the domain of crisis management and crisis diplomacy, are of essential importance in addressing threats from the East. Instability in the East and South-East of Europe require other means and capabilities, comprising of the containment of conflicts and conflict actors, humanitarian aid, and – at a certain moment – support in the construction stability in these areas.

Nevertheless, the wheel of fortune spins upwards as well: the human condition continues to improve.

People worldwide are better educated, better fed, healthier, freer, and more tolerant. Individual empowerment increases societal resilience, while the ICT revolution enables new forms of open, decentralized cooperation. These positive trends impact our security and prosperity as much as the negative, even if they get less attention in the press or policy debates. Investing in these actual sources of security remains of pivotal importance, especially in this period that is characterized by rapid and (partly) volatile developments.

The wheel of fortune goes up and down, round and round, faster and faster. The risk-space is deepening, broadening, and tilting. A reassessment of the Dutch contribution in the area of peace and security is therefore imperative.

Strategic Monitor: The Wheel of Fortune (NL)
Scroll to top