Strategic Monitor: The Return of Ghosts Hoped Past? 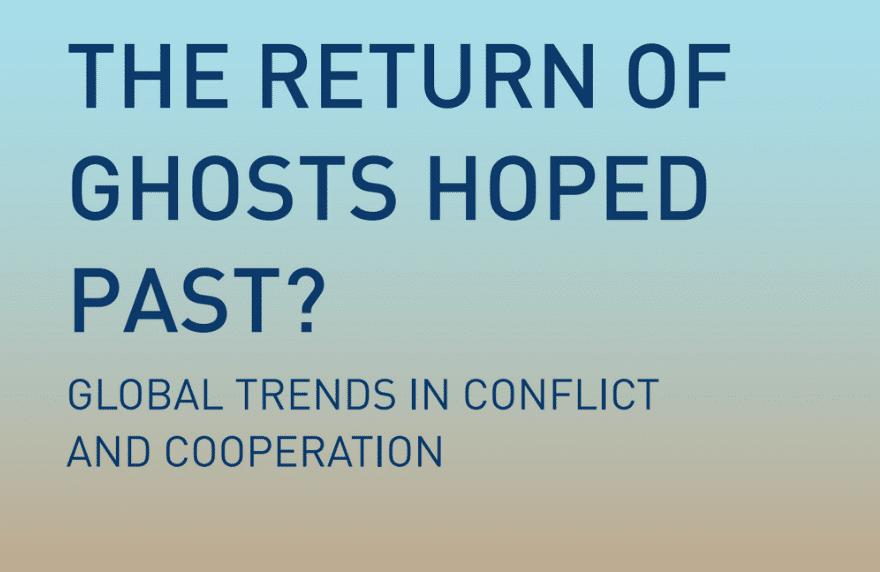 For decades, Europe has lived in peace and prosperity. But in recent years ‘ghosts of times hoped past’, have once again edged closer towards the continent’s borders. Rather than manifesting in far away places, such as Afghanistan or the South-China Sea, territorial conflict, epidemics and religious war has made steady gains towards Europe’s borders. Russia annexed Crimea. The Ebola virus sowed death and destruction in Western Africa but also found its way to Spain and the United Kingdom. Europe was shocked to see various European citizens join, fight, massacre and die among the ranks of Islamic State (IS). One of the dominant narratives of the news is that some particularly ghoulish ghosts from the past are back on European soil. These ghosts are incontestably real, representing formidable challenges.

This year, the Netherlands faces important choices regarding its defense and security posture. What security risks does it need to prepare for in light of recent developments? What types of capabilities are required to both prevent and defend against these risks? When, where and with whom should these capabilities be brought to bear? And should the security and defense budget – which has seen a downward trend for two decades – be increased in support of all this?

At the basis of the decision-making process for these and similar questions stands a careful examination and analysis of today’s global security environment. For that purpose, the Dutch ministries of Defence, Foreign Affairs and Security and Justice have established the Strategic Monitor, in collaboration with the Clingendael Institute of International Relations and The Hague Centre for Strategic Studies (HCSS). The Strategic Monitor is, in the words of Defense minister Jeanine Hennis, a crucial anchor in the formulation of Dutch defence policy.

The report, The Return of Ghosts Hoped Past? Global Trends in Conflict and Cooperation, is HCSS’ most recent contribution to the Strategic Monitor and examines the longer-term security impact of these reappearing ghosts. Are the horrific events that dominated news agendas in 2014 – such as the downing of MH-17 and violent acts of IS – isolated incidents or part of a more structural trend? Did the ‘ghosts of the past’ ever really go away? In the report, HCSS addresses recent events and trends in light of overarching patterns of conflict.

As the Dutch government unveils its revised security policy, it has never been more important to stress this point: that a two-pronged approach, placing both emphasis on development and human security as on military efforts, will be crucial to securing the Netherland’s own future, as well as that of Europe more broadly.

The report can be downloaded via the button on the right.

Strategic Monitor: The Return of Ghosts Hoped Past? (NL)
Scroll to top