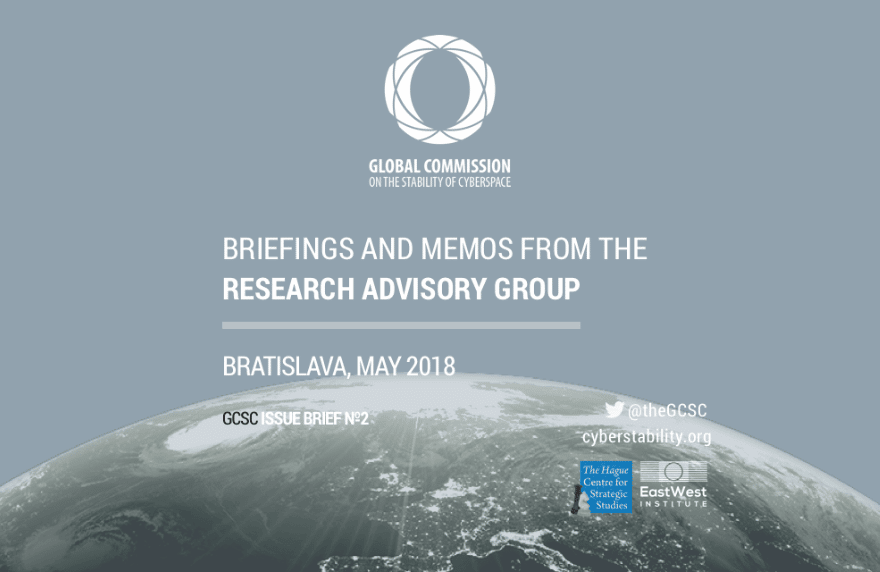 The briefing and memos included in this issue were developed by independent researchers working within the GCSC Research Advisory Group. The papers included here were submitted to the Global Commission on the Stability of Cyberspace (GCSC) in order to support its deliberations in Bratislava in May 2018.

Protecting the Electoral Process and its Institutions