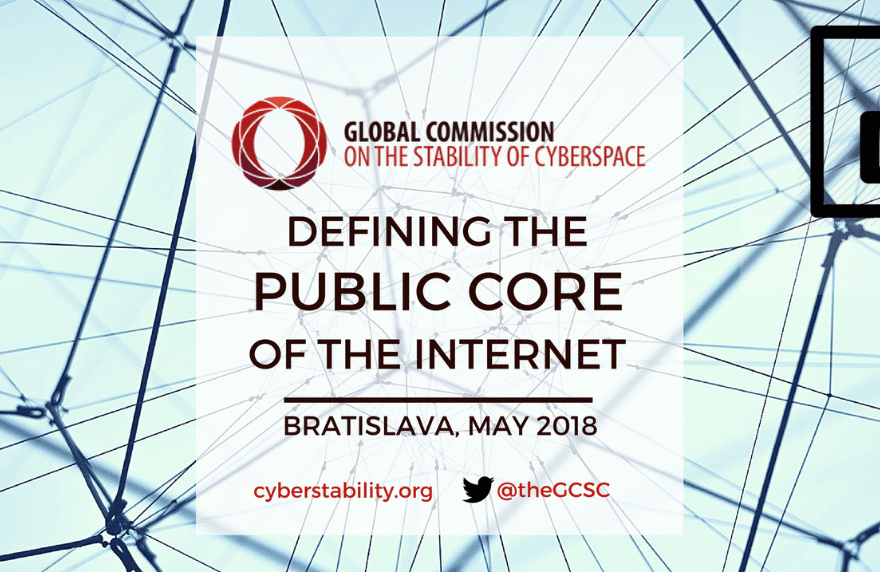 In November 2017, the Global Commission on the Stability of Cyberspace (GCSC) issued its Call to Protect the Public Core of the Internet:

NON-INTERFERENCE WITH THE PUBLIC CORE

“Without prejudice to their rights and obligations, state and non-state actors should not conduct or knowingly allow activity that intentionally and substantially damages the general availability or integrity of the public core of the Internet, and therefore the stability of cyberspace.”

As input to its process, a working group of the GCSC conducted a broad survey of experts on communications infrastructure and cyber defense to assess which infrastructures were deemed most worthy of protection. On a scale of zero to ten, with zero being “unworthy of special protection” and ten being “essential to include in the protected class,” all surveyed categories ranked between 6.02 and 9.01.

Accordingly, the Commission defines the phrase “the public core of the Internet” to include packet routing and forwarding, naming and numbering systems, the cryptographic mechanisms of security and identity, and physical transmission media. These elements have been further defined in the following document.