Unmanned undersea vehicles (UUVs), or undersea drones, are the latest newcomers to planned U.S. force posture in the Asia-Pacific region, as Secretary of Defense Ashton Carter recently revealed. Prior to his announcement, CSIS reports on Asia-Pacific naval capabilities and Australia-Japan-U.S. maritime cooperation argued for greater bilateral cooperation on UUVs, which were also on show at the first naval exhibition in Yokohama, Japan, last year. 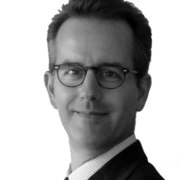