The Face of Climate Insecurity: A Surge of Tropical Storms Strike Megacities in Asia and the Pacific 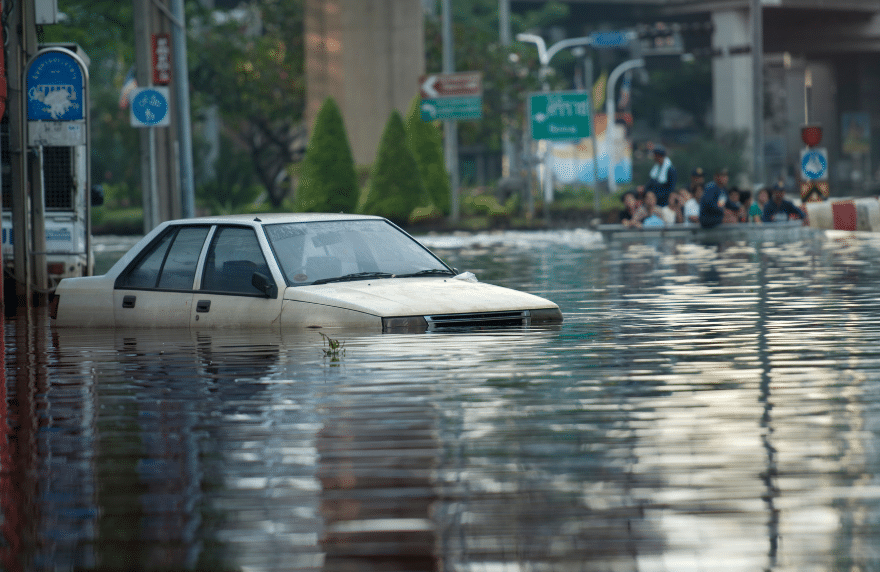 The conjunction of multiple and cascading extreme weather events with precarious demographic and socioeconomic trends produce massive humanitarian disasters in the coastal megacities of the Asia-Pacific. The intensity and frequency with which tropical storms are occurring in highly vulnerable urban hotspots reveal the risk of climate change becoming a driver of instability and insecurity. To address and adapt to expanding climate induced insecurity and risk, it is important that decision-makers, urban planners and other relevant stakeholders are aware of and consider the indirect security risks produced by natural disasters in the world’s most densely populated areas. The Association of South East Asian Nations (ASEAN) seems well placed to take on a leadership role in this regard.

The Asia-Pacific region is highly prone to extreme weather events. In 2019, Bangladesh, China, India, Japan, Nepal, the Philippines, South Korea, Sri Lanka, Thailand, and Vietnam all suffered tropical storms, typhoons, cyclones or severe flooding events. The region’s extreme exposure to natural events became clear once again during the 2020 Pacific typhoon season. Two weeks ago, typhoon Vamco – equivalent to a Category 2 strength hurricane on the Saffir-Simpson Wide Scale – made landfall in the Philippines, causing extreme flooding and two to three meters of storm surges. Only ten days earlier, the Philippines suffered massive devastation from what has been identified as the world’s strongest landfalling tropical cyclone this year. Super typhoon Goni hit the Philippines with windspeeds reaching 310 kph after which it headed to the South China Sea and threatened the central region of Vietnam. In Vietnam, where the storm is known as typhoon Molave, this was the fourth tropical storm to batter the country since October 11.

The regional storm surge did not start there. Earlier in September, typhoon Haishen reached windspeeds of 200 kph hit the coasts of Japan and South Korea. Haishen, like Vamco, was equivalent in force to a Category 2 hurricane and broke the dubious record of ‘most typhoon landfalls in the region in a single season’. Earlier in May, super cyclone Amphan hit Sri Lanka, Bangladesh, and India. With windspeeds reaching 240 kph, Amphan has so far been the most severe storm of this season.

Typhoon Haishen killed at least two persons in both South Korea and Japan, left six people missing, and injured over a hundred others. Still, these are remarkably limited numbers if you consider that the typhoon displaced thousands of people in South Korea and almost eight million people were ordered to evacuate in Japan. The minimal impact of typhoon Haishen on the number of fatalities and injured stands in sharp contrast to the mortality and destruction caused by super cyclone Amphan and Goni. In its destructive path through the Philippines and Vietnam, typhoon Goni (or Molave) resulted in 61 people being killed and another 56 people missing. In addition, Goni destroyed the homes of more than 240,000 people in the Philippines alone, the same people that less than two weeks later suffered the destruction of typhoon Vamco. In Bangladesh and India, cyclone Amphan resulted in the evacuation of tens of millions of people and the killing of at least 88 people. In Bangladesh alone, over half a million families were left homeless and almost 200.000 hectares of productive crop- and farmland and fish cultivation areas were destroyed. The impact of both Molave and Amphan included severe implications for livelihoods, food and water security, sanitation, health, education, and protection for the coastal populations of Bangladesh, the Philippines, and Vietnam. The stark contrast in terms of overall impact of these tropical storms in comparison to typhoon Haishen reflect critical discrepancies in the susceptibility of societies across the Asia-Pacific region to natural disasters.

Natural events are particularly devastating when they hit densely populated and susceptible urban areas. The Asia-Pacific region, often considered the world’s most disaster-prone region, is home to approximately 60% of the global population. In 2030, 26 of the world’s 43 megacities – cities inhabiting ten million people or more – are projected to be located in the Asia and Pacific region. Many of these densely populated urban areas are located in low-lying coastal areas, rendering them particularly exposed to sea-level rise, shifting ocean patterns, and more frequent and severe weather events. Often, these coastal megacities are faced with multiple and cascading hazards in one season: the heavy and prolonged rains and strong windspeeds of typhoons or tropical storms also aggravate the risk to flash floods, storm surges, and landslides. Many fast growing megacities include poor urban communities whose housing conditions are not fit to protects against these multiple, often cascading water-related natural disasters.

Seven of the top ten countries identified by the Global Climate Risk Index (CRI) as most affected by extreme weather events and their impacts over the period 1999-2018 are located in the Asia and Pacific region. The incidence of successive tropical storms and urban flooding events in one season afflicts millions of people in these countries residing in major coastal urban hotspots, including Bangkok, Dhaka, Manila, Mumbai, Kolkata, Shanghai, and Tokyo.

The exposure and vulnerability of coastal megacities in the Asia-Pacific region are generally influenced by the demographic and socioeconomic characteristics of these major urban hubs. Population growth and the ongoing migration of people from rural areas to the urban metropoles aggravate the socioeconomic exposure and vulnerability of megacities and its residents to the impact of natural disasters. Densely populated areas commonly contain large numbers of people living in unemployment and poverty who suffer social exclusion from basic infrastructure and facilities. The share of urban residents living in slums is 55 percent in Bangladesh and Nepal, 45 percent in Pakistan, and 38 percent in the Philippines. As a result, a large share of these urban populations suffers from poor facilities, including inadequate housing and deficient basic services such as public water supply, sanitation, drainage, sufficient education, health care services, and social safety nets. Other dimensions of vulnerability concern the large share of people employed in agricultural or informal sectors that offer limited economic security as well as critical gender disparities that persist due to a shortage of women in the labor force

When extreme weather events result in landfalls near densely populated areas with notoriously unreliable infrastructure and highly vulnerable livelihoods, the impact of such natural disasters can trigger critical security risks. In addition to causing grave loss to human lives and destruction of ecosystems, infrastructure, and livelihoods, these security risks include – among others – a lack of access to food, water, and energy; health issues; competition over resources; greater inequality and gender-based violence; unemployment; displacement or migration; social tensions; and political polarization. By producing or aggravating such existing pressures on human societies, climate-related hazards can potentially develop as drivers of instability and insecurity. This link between climate-related events and security is not a direct relationship. However, in conjunction with vulnerable contexts and conditions, extreme weather events are able to act as a “threat multiplier” by indirectly affecting the drivers of security risk, as described above.

Adapting to rising sea-levels and more frequent and extreme weather events is and will be a principal challenge for megacities in the Asia-Pacific region. Traditional coping and adaptative strategies to tropical storms – such as flood protection infrastructure and accurate and timely early warning systems – will not suffice. The intensity and frequency with which tropical storms are occurring in highly vulnerable urban hotspots require more critical and context-specific analyses of climate-related stressors and potential climate-security risks in huge urban agglomerates. Moreover, the conjunction of natural disasters with precarious demographic and socioeconomic trends in the coastal megacities of the Asia-Pacific reveal the risk of climate change becoming a driver of instability and insecurity.

To address and adapt to the many aspects of climate induced insecurity and risk, it is important that decision-makers, urban planners and other relevant stakeholders are aware of and consider the indirect security risks produced by natural disasters in densely populated urban areas. Where to start? First, at the national and regional level, the wider socio-economic, disaster management and security communities will need to integrate and coordinate their approaches towards climate change adaptation and mitigation to be able to manage, reduce, or avert future climate-related risks. Second, climate change adaptation and mitigation require targeted and collaborative interventions that incorporate improved city planning, efficient urban governance, and sustainable urban development. Third, disaster management and security institutions should develop a better understanding of the specific climate-related risks in the Asia-Pacific’s coastal megacities. Anticipating and preparing the most vulnerable regions against future disasters is essential. Finally, efforts to share knowledge and increase collaboration between equally exposed, but not equally vulnerable, megacities will ensure good practice is shared and scaled across the region.

The Association for South East Asian Nations (ASEAN) serves as a legal and operational basis for an effective and coordinated regional approach. Specifically regarding disaster management and emergency response, ASEAN has ratified the AADMER agreement and created a dedicated Task Force, the AHA Centre, tackled with the task to coordinate relief efforts at regional level. The AADMER work programme for 2021-2025 highlights a whole-of-society approach that charts a comprehensive direction for ASEAN cooperation in this area. It also, for the first time, places specific emphasis on an integrated approach that features both Disaster Risk Reduction (DRR) and Climate Change Adaptation (CCA). To this end, ASEAN is trailblazing efforts to tackle the complex and diverse impacts of climate change and natural disasters on the region. While mitigating actions cannot and will not be realized overnight, the upcoming work programme of the AADMER and the broader ambition of ASEAN to become a global leader in the area of disaster management, is a critical first step to ensure future resilience against extreme weather events in the Asia-Pacific will not just a matter of socioeconomic privilege, but a basic human right.

David Eckstein et al., “Global Climate Risk Index 2020 Who Suffers Most from Extreme Weather Events? Weather-Related Loss Events in 2018 and 1999 to 2018” (Bonn: Germanwatch, 2019), 6, 9; Regan, “In Asia Pacific the Climate Crisis Is Happening Now, Not in the Future”; United Nations Economic and Social Commission for Asia and the Pacific, “2019 Disasters Mirror Climate Crisis in Asia and the Pacific.”

Fogarty; Harrison Jacobs, “The 10 Cities Most At Risk Of Being Hit By Natural Disasters,” Business Insider, March 28, 2014, https://www.businessinsider.com/cities-most-at-risk-of-natural-disasters-2014-3. 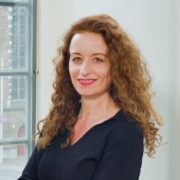 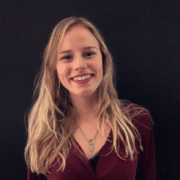 Military Space Developments: Challenges and Opportunities for Defense and I...