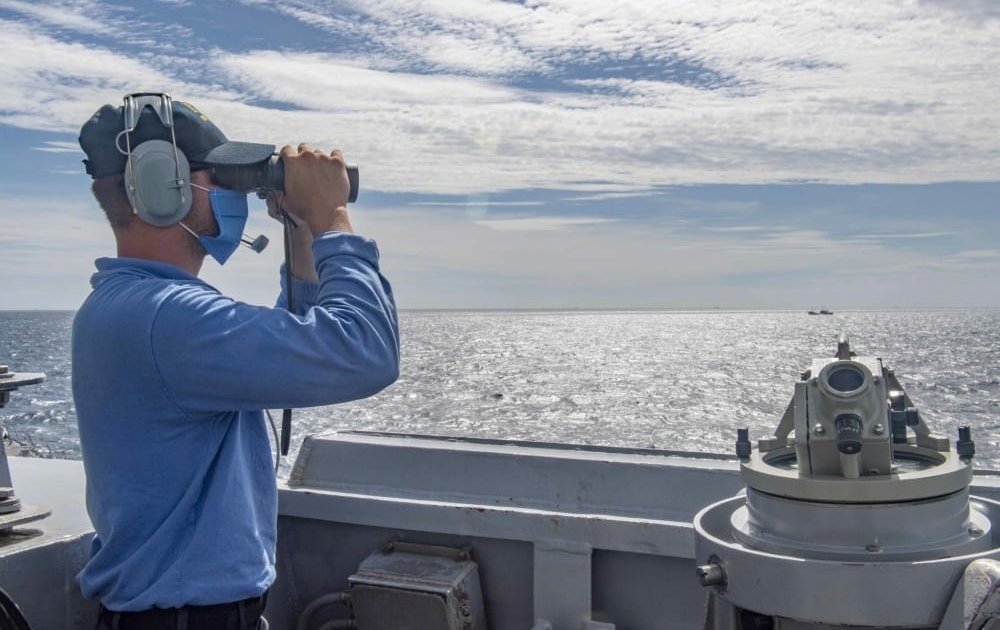 A March 16 webinar on “Maritime Competition and the Maritime Strategy,” hosted by the Center for Strategic and Budgetary Assessments examined several recently published papers dealing with maritime strategy, the role of the U.S. Navy and the composition of peacetime and wartime fleets in the current era of great power competition.

The virtual forum featured leading international security scholars, each of whom has contributed to a recent special issue of the journal Security Studies (Volume 29, Issue 4), as well as several companion pieces from a recent series published by War On The Rocksentitled Maritime Strategy on the Rocks.

Also participating was Dr. Doyle Hodges, executive editor of Texas National Security Review, who served as curator and editor of the series.

The papers focused on the Indo-Asia-Pacific region, which is primarily a maritime theater. The authors looked at how naval officers and scholars think about the INDO-PACOM maritime domain, and noted that they often viewed things quite differently.

The authors commented on the new tri-service strategy, and the distinct strength that of each of the three sea services bring to the security calculus. They also noted the U.S. is basically providing presence far from home, while China is essentially defending what it perceive as its home waters.  As such, the U.S. cannot face China alone and requires commitments from allies and partners in the region. In the Taiwan scenarios, however, the authors debated whether other countries would join the U.S. in coming to the aid of Taiwan if China were to invade.

Beyond simple territorial disputes, the authors examined various triggers and thresholds that have led to armed conflict in the past, including resources like fisheries and oil and gas.

The panelists debated the right mix of ships in the Navy fleet, and the relative merits of highly visible platforms as a form of deterrence, like carrier strike groups, and those less visibly but perhaps more potent, like ballistic missile submarines.

There may be reluctance to take the risk of fully committing very expensive platforms. Less expensive platforms are more affordable and can be built in larger quantities, but the ships need to be credible.  Furthermore, ships that are good at fighting might not be so good at preventing combat, or performing missions short of combat.

The panelists talked about how China’s strength exactly targets U.S. weaknesses, and that the U.S. today must go to greater lengths to be reassuring to allies and a deterrence to adversaries.

This article was first published in Seapower.