Paul van Hooft: China and the Indo-Pacific in the 2022 NATO Strategic Concept 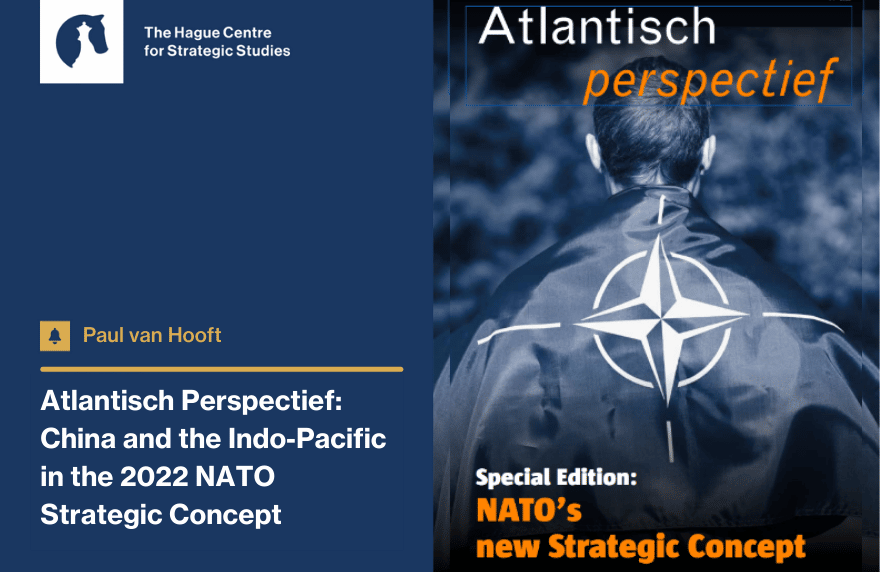 NATO’s long-awaited new Strategic Concept was published at the June 2022 NATO Summit, mere months after Russia’s invasion of Ukraine. It articulates how the member states are coming to terms with Russia’s invasion of Ukraine in February, its subversive activities across Europe, and its unprecedented threats to use nuclear weapons; Russia has unequivocally reemerged as a revisionist threat in Eastern Europe. The emphasis on collective defence in the European theatre thus marks a return to familiar terrain for the Alliance.

Yet, the 2022 NATO Strategic Concept includes China, underlining that its “stated ambitions and coercive policies challenge [the Alliance’s] interests, security and values”. The Concept makes references to maritime security, specifically the People’s Republic of China’s challenge to freedom of navigation in the maritime commons in the Indo-Pacific, Senior strategic analysts Paul van Hooft writes in the latest edition of Atlantisch Perspectief. Paul van Hooft addresses the role of NATO’s European allies in the Indo-Pacific and how a secure maritime order and open sea lines can ensure European security too.

You can find all the articles in the latest edition of the Atlantisch Perspectief  here.