New Snapshot: Preventing the (Un)thinkable: Escalation Scenarios and Risk Reduction Measures for Russia and NATO following the War in Ukraine 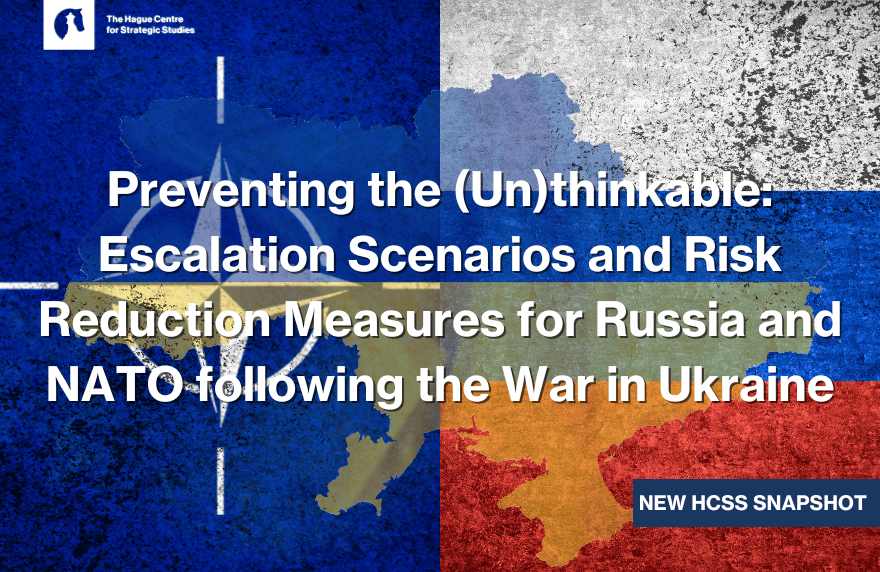 A new snapshot on the war in Ukraine by assistant analyst Daan Sanders, director of research Tim Sweijs and senior strategic analyst Paul van Hooft is now available for download!

The spectre of war with Russia looms large in the imagination of European and American policymakers in 2022. The Russian invasion of Ukraine in 2022 has reawakened thinking in terms of risks and ‘escalation’. Since both Russia and NATO-states US, UK and France have nuclear arsenals, the nuclear threat has also returned to the forefront.

This snapshot by assistant analyst Daan Sanders, director of research Tim Sweijs and strategic analyst Paul van Hooft raises the question, which pathways of intentional or unintentional escalation exist between Russia and NATO as a consequence of the war in Ukraine? By “thinking about the unthinkable” through the exploration of six escalation scenarios, the snapshot identifies preventative policies to avoid escalation to major war, potentially even with nuclear arms.

Paul van Hooft: China and the Indo-Pacific in the 2022 NATO Strategic Conce...