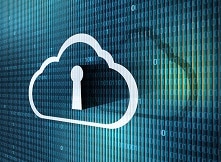 The Global Commission on the Stability of Cyberspace (GCSC) was launched at the Munich Security Conference by the Netherlands, the Hague Centre for Strategic Studies, and the EastWest Institute. It will be based at the Hague and funded by the Dutch government, Microsoft, the Virginia-based Internet Society and other sponsors.

“The rise of offensive cyber operations risks undermining the peaceful use of cyberspace to facilitate the economic growth and the expansion of individual freedoms,” says Louk Faesen, project manager of the GCSC Secretariat. “Cyberspace is becoming an increasingly exploited resource that few feel compelled to take responsibility for, leading to a steady decay of the stability and security of the entire environment.”

Using the work of previous commissions—especially the Global Commission on Internet Governance and the London Process—the GCSC will bring together “thought leaders, researchers and practitioners” from the cybersecurity industry, the military, law enforcement, the legal industry and internet governance, Faesen says.

The organization’s stated mission is “to convene key global stakeholders to develop proposals for norms and policy initiatives to improve the stability and security of cyberspace.”

The aim when selecting the commissioners was “a balance of different expertise and views,” Faesen says.

“It is expected that these individuals will be able to integrate the knowledge gained within the GCSC to further inform their own regimes,” he says.

Olaf Kolkman, the Internet Society’s chief internet technology officer and a GCSC commissioner, says the GCSC provides an opportunity “to bring new perspectives to the area of policy and international stability and security.”

Such topics traditionally were discussed among diplomats, Kolkman says. The GCSC adds “new voices and views of the technical community and other stakeholders to these critical conversations,” he says.

Cyberspace is formed and governed “by a range of different institutions and processes,” Faesen says. “A major challenge is insufficient awareness and mutual acceptance among the various cyberspace communities” that work on international security issues.

“By finding ways to link the well-established dialogues on international security with the new communities created by cyberspace,” he says, the GCSC can contribute “to an essential global task—supporting policy coherence” related to cyberspace security and stability.

The GCSC will accomplish its goals, Faesen says, with a three-pronged approach: facilitating information exchange, supporting basic research, and advocating proposals for action.

The commission will meet “a number of times over a three-year period,” encouraging a “flow of information and knowledge across various cyberspace initiatives,” he says. Working with cyber policy and cybersecurity experts in the GCSC’s Research Advisory Group, the commission will fund and conduct research on norms and emerging themes and ideas relevant to cyberspace stability, he says.

The GCSC will make recommendations for action applicable to “state and non-state initiatives,” Faesen says. “The commission will advocate for these recommendations in capitals, corporate headquarters, civil society centers and the wider public.”

The “increasing deployment of state-affiliated or directed cyber operations for offensive purposes” are international peace and security matters that also can affect global internet stability and security,” Faesen says.

Without further norms on state cyberspace behavior, “inadvertent escalation and disproportional response” could occur, he says, and, “in extreme cases,” have “adverse consequences on global welfare and human civilization.”

State policies interfering with the operation of the global internet, Faesen says, “can lead to a sustained decline in user trust in the internet and accentuate the consequences of offensive action in cyberspace.”