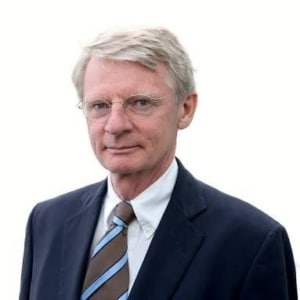 Kees van Rij is a recently retired senior Dutch ambassador. He currently advises HCSS on diplomatic and international affairs. He has wide experience in dealing with complex geopolitical and geo-economic issues in Europe and abroad as ambassador of the Netherlands to Turkey, Greece, Spain and Brazil, as well as director for European Union Affairs at the Foreign Ministry in The Hague. In that last capacity he advised and supported negotiations leading to the Treaty of Lisbon after the Netherlands had rejected the EU Constitutional Treaty in 2005.

As diplomatic advisor to the first EU High Representative for foreign and security affairs Javier Solana between 1999 and 2005 he was deeply involved in managing the relations between the EU and Russia, and Ukraine, Moldova and the Caucasus countries. In 2001 he was member of a high level EU delegation to North Korea and later that year was part of the UN-led negotiation of the future of Afghanistan at the Petersberg Conference after 9/11. Earlier on he served as Private Secretary of Her Majesty the Queen and HRH Prince Claus of the Netherlands. He was seconded as advisor to EU Commission President Jacques Delors’ Forward Studies Unit and member of the Private Office of EU Commissioner for foreign affairs Hans van de Broek.

Previously he was posted in Seoul, Korea, and Lima, Peru, and dealt with international energy affairs at the Foreign Ministry in The Hague. Kees van Rij studied at the Universite Catholique de Louvain and holds an MA in Modern History at the University of Amsterdam.