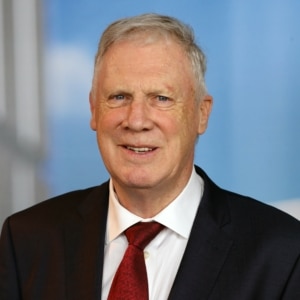 Jaap van den Herik is Strategic Advisor at The Hague Centre for Strategic Studies (HCSS) and founder of the Leiden Legal Technologies Program (2020). His expertise is in Data Science, Artificial Intelligence and Law.

Van den Herik studied mathematics (with honours) at the Vrije Universiteit Amsterdam, and received his PhD degree (on Artificial Intelligence, the first to do so in the Netherlands) at Delft University of Technology in 1983. In 1984 he was visiting professor at the McGill University School of Computer Science in Montreal, Canada. Thereafter, he was subsequently affiliated as a full professor of Computer Science with Maastricht University (1987-2008) and Tilburg University (2008-2016) in combination with Leiden University where he held a part time professorship of Computer Science and Law (1988-2019). In 2014 he founded LCDS (Leiden Centre of Data Science) together with Professor Kok and