How do we start thinking about European strategy? 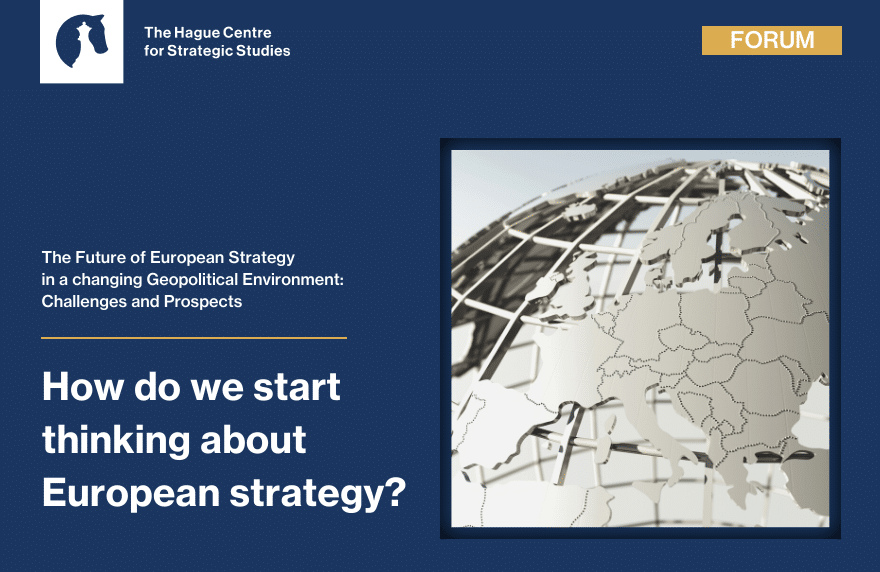 Even as European policymakers and analysts agree that the geopolitical environment is changing in ways that threaten Europe’s interests and values, they differ, sometimes widely, as to how Europe should respond. China’s global influence is rising, even as it becomes more assertive and authoritarian. In response, the United States increasingly prioritises the Indo-Pacific region. Yet its power is declining, at least gradually, and it is plagued by domestic problems. Russia increasingly challenges NATO, both through its rejuvenated military strength and its sophisticated use of grey zone operations to politically undermine the alliance. Various states are increasingly pursuing policies on trade, security, and human rights that seek to rewrite some of the rules of the international order in ways that may undercut Europe’s interests. Troubling aspects of globalization, such as the climate crisis and pandemics, require international cooperation that is difficult to facilitate.

In response to such upheavals, the European Union (EU) is inclined to pursue a more independent and assertive international role, one that is commensurate with its economic, military, and normative influence. However, Europeans have discovered that the pursuit of global power status is fraught with difficulties. Many critics doubt that an entity such as the EU, which is not a state but rather an international organization – albeit one with an internal market, a common currency, and supranational legal powers – can develop a coherent and effective grand strategy. Initial debates about the nascent strategy have revealed disagreements between member states about how to proceed, as well as shortcomings in the ability of EU officials and their counterparts at the nation level to coordinate and execute foreign and security policies.

At the same time, the EU’s geopolitical awakening has engendered strong and often conflicting reactions from the other major powers. China wants a closer relationship with the EU. But it has bristled in response to criticism of its human rights record and economic policies, even as it targets Europe with espionage and resorts to tactics that seeks to sow division among European states.

The United States has also reacted inconsistently to the EU’s evolving role in the international system. At times it has reacted with suspicion, even hostility, to the notion of a more independent European foreign policy, yet it would like to work closely with its European allies to address new global challenges. It has voiced frustration with Europe’s military and strategic shortcomings, but has undercut attempts by Brussels to bolster European military industrial capabilities.

Russia appears to be ambivalent about fundamentally improving relations with the EU, even as it has welcomed overtures from figures such as French President Emmanuel Macron. It has shown little willingness to compromise when it comes to the main disagreements in the EU-Russia relationship, such as its unlawful annexation of the Crimea or its ongoing military intervention in the eastern part of Ukraine. And after his visit to Moscow in February 2021, EU High Representative Joseph Borrell concluded that EU-Russia relations “are at a crossroads.”[1]

An additional set of questions concerns process and institutions. As it develops a global strategy, does the EU need to embrace a fundamental, comprehensive effort to create and – more importantly – integrate the tools that other global powers wield, including trade, cyber, defence, energy, and industrial policy? Such a process would entail a long-term project. Some suggest that, at least in rudimentary form, the EU already possesses many of these tools and can leverage them at the global level.[4]

A third, more theoretical, debate concerns the nature of European global influence. Many analysts believe that the EU must become more power-oriented as it competes with China, Russia, and possibly even the United States. However, Europeans tend to view their international role as being fundamentally different from the other major powers, more elevated and less driven by self-interest, leading some to emphasise the importance of European normative power.[5]

The concept of “strategy” is contested. At its narrowest level, strategy has been defined as a way to combine ground, air, and naval power to protect interests from external threats.[6] On the other end of the definitional spectrum, international strategy can be viewed more expansively, as “potentially applicable to any endeavour in which means must be deployed in the pursuit of important ends.”[7] For the purposes of this forum, a more useful definition is located somewhere between these two extremes. Grand strategy refers to “the guiding logic or overarching vision about how a country’s leaders combine a broad range of capabilities linked with military, economic, and diplomatic strategies to pursue international goals.”[8] It is a “grand plan”: the “product” of how state leaders formulate long-term goals and identify the means to achieve them; and it is the guiding idea about a state’s long-term goals and priorities.[9]

This forum includes contributions from experts in a variety of countries and from different disciplinary backgrounds. Inevitably, it encompasses different ideas about the future of European strategy. However, some consistent themes emerge. First, the changing international environment demands a new vocabulary to talk about European strategy. This would help Europeans to reconsider the type of security and economic relationships Europe may have with rising powers like China (Breslin, forum), what Europe and the US should do to foster a stronger transatlantic relationship (Posen, forum), and how Europeans can focus joint policy efforts through NATO for new challenges like cyber threats (Smeets, forum).

Second, if EU foreign policy elites want to bolster Europe’s defence, they require a solid understanding of both domestic and international challenges. For instance, understanding the challenge posed by Russia and the evolution of the US role in European security is essential if EU foreign policymakers are to craft an effective strategy (Carlson, forum). In addition, as EU officials seek to develop a Strategic Compass, they must ensure that the Strategic Compass enjoys wide support and is implemented within EU member states (Sus, forum). This Strategic Compass should outline how to manage crises and how Europe can take more responsibility for its own defence. This will allow Europeans to tackle not only conventional, but also non-conventional security threats, such as pandemics and climate change (Fiott, forum).

Third, the new EU strategy must use all the instruments in its toolkit. That allows the EU not only to act as a mediating power that can work with all other great powers, but also to use its instruments to push back when other great powers’ interest run counter to the EU’s interest (Biscop, forum). Europe’s normative power should serve as an important guide to its strategy, not least when it comes to promoting a rules-based, multilateral system that serves Europe’s interests (Palm, forum). Europe should strive to strike a balance between maintaining a close partnership with the United States and protecting itself when US actions run counter to European interests and values (Thompson, forum). Part of striking such a balance will entail Europeans and Americans sharing the costs of the transatlantic alliance more equally, as the US seeks to use its limited resources more efficiently and is inclined to prioritise China and the Indo-Pacific (van Hooft, forum). In the best-case scenario, European strategic autonomy could strengthen the hands of both Europe and the United States as they rethink their approaches to East Asia.

Finally, an effective European strategy will rely, in no small part, on a strong economic foundation. To maximise the benefits of international trade, Europeans should seek to preserve a version of the liberal international order that serves its interests. However, it should also take into account those concerns of economic nationalists that have merit (Foulon, forum). If the EU wants to remain an influential player in the domain of technology, it needs to do more to support its own industries (Larsen, forum). And as the energy transition changes Europe’s needs and partnerships, the EU must develop an energy diversification strategy. Such an energy strategy would not only serve Europe’s strategic interest, it would also bolster the EU’s status as a leading international actor (Criekemans, forum).

The bottom line is that action is now essential: EU foreign policy elites need to move beyond the declaratory and aspirational phase and develop a new strategy. As Europe’s international environment transforms, then the way Europeans think about strategy should change, too.

Do we need a new vocabulary for talking about European strategy?
Scroll to top