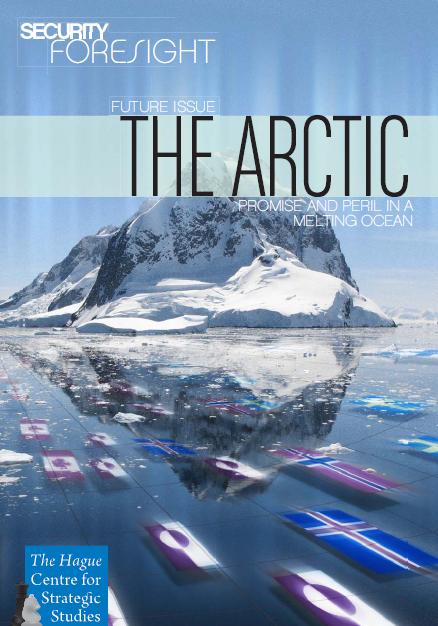 �HCSS reviewed over 250 documents and over 100 recent foresight studies pertaining
to the future of the Arctic in the period 2025-2050. The results show a very active and
recent debate clustering around four Key Issues: Arctic resource extraction, trans-Arctic
shipping, Arctic governance and conflict, as well as the preservation of the Arctic environment�and indigenous rights. Key insights from the foresight community are:

• A clear majority of authors believe the Arctic Ocean to emerge as a major
hydrocarbon production region over the coming decades. However, there is
also a marked trend to increased scepticism among newer studies.
• An increasing number of authors deem it unlikely that economically viable
trans-Arctic shipping routes are established in the second quarter of the 21st
century.
• Arctic shrinkage is believed to be proceeding fast, with roughly half of the
more recent studies anticipating a seasonally ice-free Arctic by or before
2025.
• A growing majority of authors believes that interstate relations in the Arctic
region by 2025-2050 are going to be marked by cooperation rather than by
conflict.

HCSS also analysed a wide range of prominent drivers that steer the development of
Arctic issues. They were used, together with a number of valuable scenario exercises
found in the foresight literature, to assess potential geopolitical security implications.
Four synthesis scenarios are developed and discussed. A central finding from these
exercises is that, while the possibility cannot be excluded, the prospects of a serious
militarisation of the Arctic appear as rather remote, at least in the short and medium
term. Yet, the current trend for an ongoing securitisation of the Arctic region is likely to
continue.

For Effects-based Operations to Effect-based FOrce: On Causality, Complex Adaptive...
Scroll to top