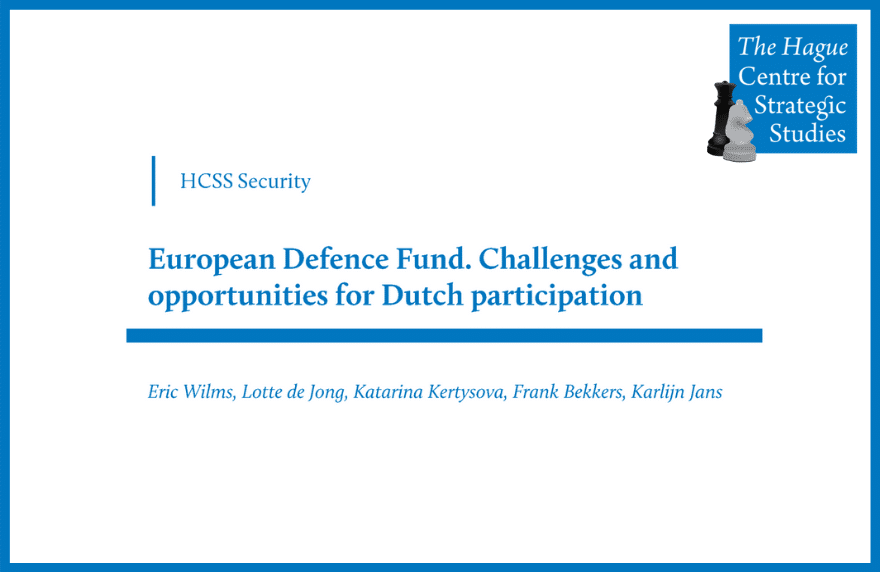 Confronted with numerous challenges at home and abroad, European defence is at a turning point. The European Commission has launched various initiatives to boost and strengthen European defence in general and the European Defence Technological and Industrial Base in particular. The European Defence Fund (EDF) constitutes a core element in these efforts. The EDF is intended to facilitate Member States in cooperating on research and development of key strategic defence capabilities, and in making defence materiel cooperation the norm.

Although the foundations have been laid, many aspects of the EDF remain to be determined. The window of opportunity for Member States (including the Netherlands) to shape the EDF agenda according to national interests and priorities is still open. The coming two years will be crucial for the establishment of a solid base for a national strategy on the EDF, and for the identification of the objectives to be pursued during the first seven-year cycle of the Programme. It is therefore crucial that the Netherlands is fully committed and prepared from the onset of the EDF, and that it maximises the preparation efforts necessary to become a successful participant.

This HCSS Security Paper examines the opportunities and the challenges for the Netherlands associated with the implementation of the EDF, outlines steps that can be taken at the national level to overcome these challenges, and offers a number of recommendations for relevant  stakeholders to ensure optimal added value of the EDF for the Netherlands.

Political Violence in the European Periphery
Scroll to top