Beyond the Cold War of Words 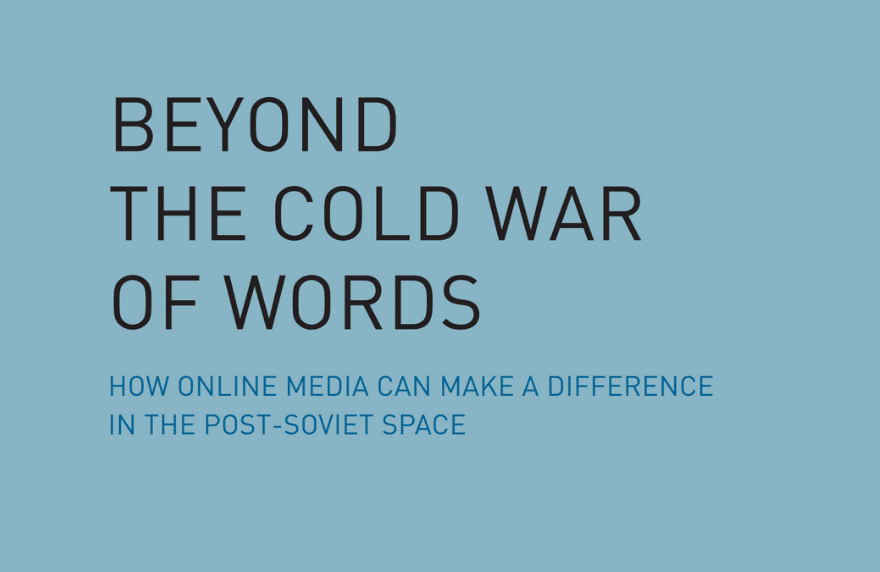 The annexation of Crimea, the subsequent conflict in the East of Ukraine, and the lingering uncertainty hanging over this part of the world owing to Russian President Vladimir Putin’s pledge to ‘protect Russian speakers’ abroad, has brought the post-Soviet world right back into the center of the world’s attention. Arguably, one of the major factors fuelling the Ukraine conflict is the asymmetric provision of information, including the use of propaganda. Media outlets such as RT (the former Russia Today) and Sputnik News which broadcast in several countries and in multiple languages are vital elements of the Russian propaganda machine. The rise to prominence of these organizations and their at times divisive messages only help to increase the suspicions that Russia may engage in similar covert operations in other countries that once belonged to the Soviet Union, as it did in Ukraine.

Apart from the fact that the crisis caused the biggest stand-off in East‐West relations since the end of the Cold War, the anti-Western messages broadcast by the likes of RT and Sputnik risk undermining fundamental rights such as freedom of speech, human rights, and democracy within nations that lie within the Russian orbit, as alternative sounds are crowded out. These developments are particularly important to the young generations—who are most likely to want to hold their leaders to account, and seek the freedom to shape their lives in their own image. These worrying trends call for a Western response that aims to prevent, or counteract, one-sided coverage of events and developments in the post-Soviet space. However, rather than engaging in a kind of two‐sided information warfare as took place during the heydays of the Cold War, western media should instead focus on shared (societal) values such as enshrined in the Helsinki Accords of 1975. Such an approach would avoid the pitfalls of confrontation and escalation, whilst at the same time allow for the support of fundamental rights and values in those countries where these are under pressure.

This report is commissioned by RNW, an international media organization based in The Netherlands that aims to promote free speech and fundamental freedoms in countries where these are severely restricted. RNW (co)creates content and online platforms where young people can form and express their opinions about sensitive issues. This study zooms in on a select number of countries belonging to the post-Soviet space that lie on the fault lines of overlapping spheres of influence between Europe and Russia. Specifically, the report assesses the risks of the current one-sided media services to Russian speaking minorities in Latvia, Belarus, Ukraine and Moldova. In doing so, the study examines the extent to which RNW could make a meaningful contribution to a more balanced information service, focusing on online and social media. Furthermore, the report analyzes the opportunities for RNW to operate in these countries, and provides an inventory of the kinds of (legal) barriers that exist that could hinder this aim.