Artificial Intelligence and the Future of Defense 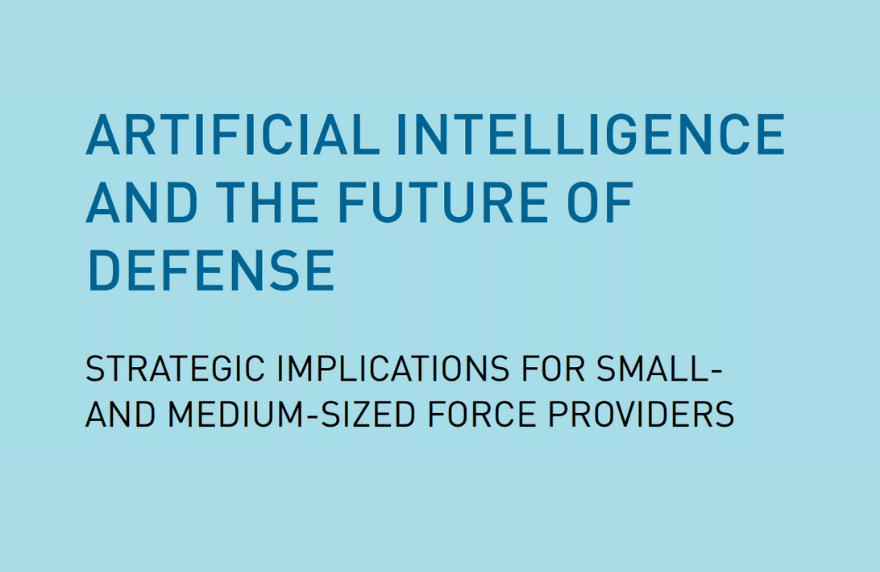 Artificial intelligence (AI) is on everybody’s minds these days. Most of the world’s leading companies are making massive investments in it. Governments are scrambling to catch up. Every single one of us who uses Google Search or any of the new digital assistants on our smartphones has witnessed first-hand how quickly these developments now go. Many analysts foresee truly disruptive changes in education, employment, health, knowledge generation, mobility, etc. But what will AI mean for defense and security?

In a new study HCSS offers a unique perspective on this question. Most studies to date quickly jump from AI to autonomous (mostly weapon) systems. They anticipate future armed forces that mostly resemble today’s armed forces, engaging in fairly similar types of activities with a still primarily industrial-kinetic capability bundle that would increasingly be AI-augmented. The authors of this study argue that AI may have a far more transformational impact on defense and security whereby new incarnations of ‘armed force’ start doing different things in novel ways. The report sketches a much broader option space within which defense and security organizations (DSOs) may wish to invest in successive generations of AI technologies. It suggests that some of the most promising investment opportunities to start generating the sustainable security effects that our polities, societies and economies expect may lie in in the realms of prevention and resilience. Also in those areas any large-scale application of AI will have to result from a preliminary open-minded (on all sides) public debate on its legal, ethical and privacy implications. The authors submit, however, that such a debate would be more fruitful than the current heated discussions about ‘killer drones’ or robots. Finally, the study suggests that the advent of artificial super-intelligence (i.e. AI that is superior across the board to human intelligence), which many experts now put firmly within the longer-term planning horizons of our DSOs, presents us with unprecedented risks but also opportunities that we have to start to explore.

The report contains an overview of the role that ‘intelligence’ – the computational part of the ability to achieve goals in the world – has played in defense and security throughout human history; a primer on AI (what it is, where it comes from and where it stands today – in both civilian and military contexts); a discussion of the broad option space for DSOs it opens up; 12 illustrative use cases across that option space; and a set of recommendations for – especially – small- and medium sized defense and security organizations.

The report can be downloaded via the button.

Authors Stephan De Spiegeleire and Tim Sweijs were interviewed (in Dutch) by NOS op 3 about AI and concerns about ‘killer robots.’ The interview can be read here.

The Natural Resources and Security Nexus