Armenia and the Future of the South Caucasus 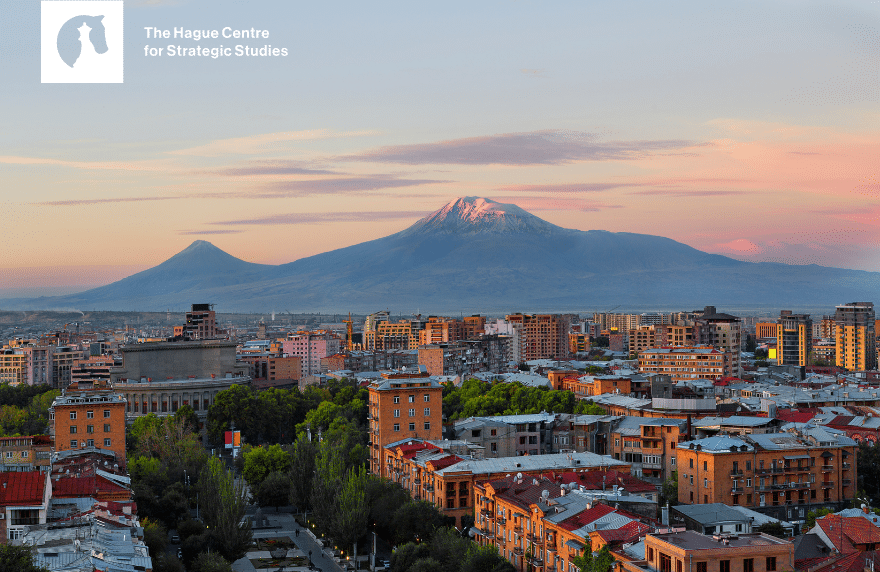 In September 2020, the decades-long Nagorno-Karabakh conflict flared up, leading to the worst violence the area has seen since the early 1990s. The six-week war, reportedly killing around 7000 soldiers and civilians in the disputed territory and along the Armenia-Azerbaijan border, ended in military victory for Azerbaijan. A Russia-brokered trilateral declaration on ceasefire formalized the control taken by Azerbaijan over about one third of the region. In the remainder of the region, Russian peacekeepers replaced Armenian forces. They now guarantee Karabakh’s de facto statehood and security.

This report sheds light specifically on Armenia’s position in the region and the world more broadly. It advances an understanding of the various ways in which Armenia, Azerbaijan, Russia, Turkey, the European Union and the United States and other actors could work towards peaceful resolution. In the absence of conflict ripeness, resolution of the dispute remains very unlikely. However, steps can be taken by parties directly and indirectly involved to manage the conflict.

The assessment in this report is based on a literature review, conflict analysis desk research, expert and stakeholder interviews, a limited data analysis and in-person dialogues. A review of theoretical literature on frozen conflicts, intractability, entrapment, ripeness theory – highlighting the role of Mutually Hurting Stalemates (MHS), Ways Out and Mutually Enticing Opportunities (MEOs) – and the characteristics of shadow and pivot states in an increasingly multipolar world is also included. Finally, the report relies on a wide range of open-source databases such as the Stockholm International Peace Research Institute’s (SIPRI) military expenditure and arms transfer databases, several issues of the International Institute for Security Studies (IISS)’s Military Balance, the International Monetary Fund (IMF)’s Direction of Trade Statistics (DOTS), the United Nations’ UN Comtrade Database, the Freedom House Index and the Corruption Perception Index (CPI).

This report was produced under the auspices of Michel Rademaker, deputy Director and co-founder, and Han ten Broeke, Director Political Affairs at HCSS.

We Lost – But Who Won The War In Afghanistan: Critical Lessons For Future...