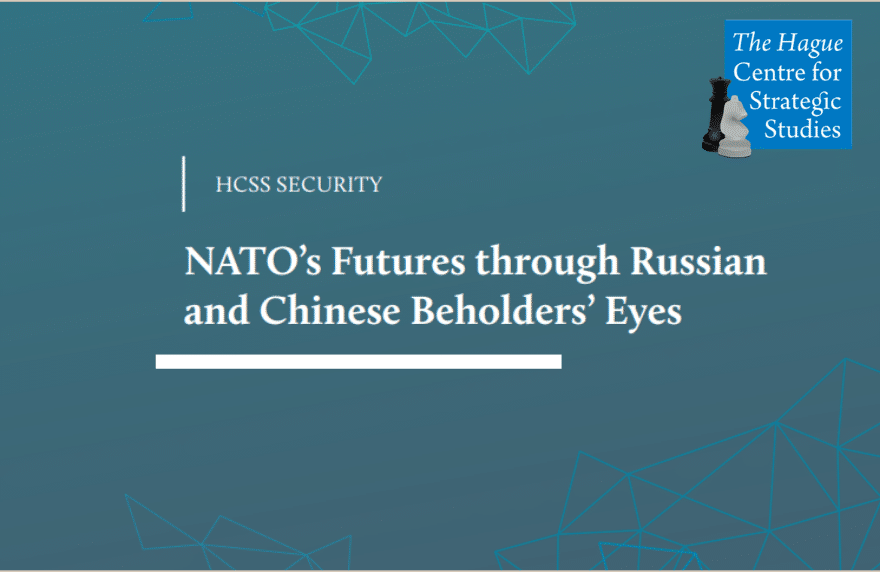 As NATO celebrates the 70th anniversary of its Founding Treaty this year, many fundamental aspects of its future are widely debated within the Alliance itself. Western views on NATO’s future have, throughout the seven decades of its existence, ranged from those who predicted NATO’s imminent demise to those who claimed that the many ties that bind the two sides of the Northern Atlantic are so deep and enduring that they are bound to last for decades to come. Throughout this period, the center of gravity in this debate has always tended to lean towards the latter view. More recently, however, the Western outlook on NATO’s future is increasingly being painted in decidedly more somber hues.

But what do other key players in the international system think about NATO’s future(s)? To answer this question, the Dutch ministries of Defense and of Foreign Affairs asked HCSS to take a closer and more systematic look at how Chinese and Russian experts have been analyzing NATO’s future in their languages over the past three years – basically since the beginning of the Trump presidency. Many of the key Chinese and Russian scholars working on these issues also publish in English. Given the nature of these countries’ regimes, however, it is often unclear to what extent they are signaling to the broader Western or international community as opposed to reflecting their own opinions or views. This may differ from publications in their own language primarily targeted at domestic audiences, which also clearly include part of their countries’ elites whose knowledge of the English language might preclude them from being exposed to their projections and ideas.

This document is structured in four sections. After a succinct overview of the method used in Chapter 2, the Chapters 3 and 4 analyze the main findings for the Chinese and the Russian language domains respectively. The final Chapter 5 gives the conclusions as well as some broader reflections on the promise and peril of this type of foresight work for improving the government’s strategic anticipation capacity.