The Global Commission on the Stability of Cyberspace

In an effort to facilitate global multi-stakeholder engagement to advance international peace and security in cyberspace, The Hague Centre for Strategic Studies (HCSS) decided to launch the Global Commission on the Stability of Cyberspace (GCSC) at the 2017 Munich Security Conference with the support of many partners.

The Commission helps to develop norms and policies that advance the international security and stability of cyberspace. By finding ways to link the traditional state-led dialogues on international security with those of the Internet communities, the GCSC fulfils a critical need: supporting policy and norms coherence related to the security and stability in and of cyberspace by applying a multi-stakeholder approach to its deliberations on peace and security.

From 2017-2020, the Commission will meet physically four times per year, encouraging the flow of information and knowledge across various cyberspace initiatives. An active outreach program encourages cross-fertilization and capacity building amongst initiatives.

Chaired by Marina Kaljurand, former Minister of Foreign Affairs of Estonia, and Co-Chaired by Michael Chertoff, former United States Secretary of Homeland Security, and Latha Reddy, former Deputy National Security Advisor of India, the Commission comprises 26 prominent Commissioners representing a wide range of geographic regions as well as government, industry, technical and civil society stakeholders with legitimacy to speak on different aspects of cyberspace. The GCSC Secretariat is provided by The Hague Centre for Strategic Studies and supported by the EastWest Institute. Under the direction of Alexander Klimburg (HCSS), Director of the Initiative, and Bruce McConnell (EWI), Co-Director, the Secretariat provides operational support to the Commission. 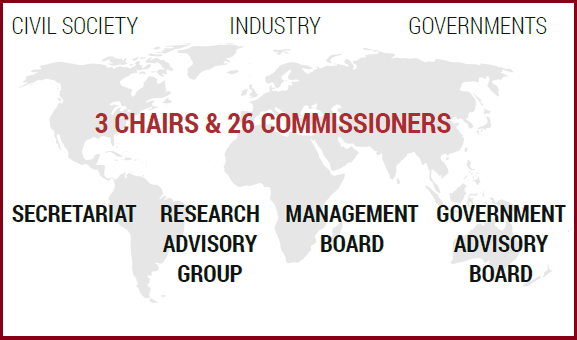 Call to Protect the Electoral Infrastructure

Bratislava, May 24, 2018 – The Global Commission on the Stability of Cyberspace (GCSC) decided to advocate a prohibition on the disruption of elections through cyber attacks on the technical infrastructure that supports elections. 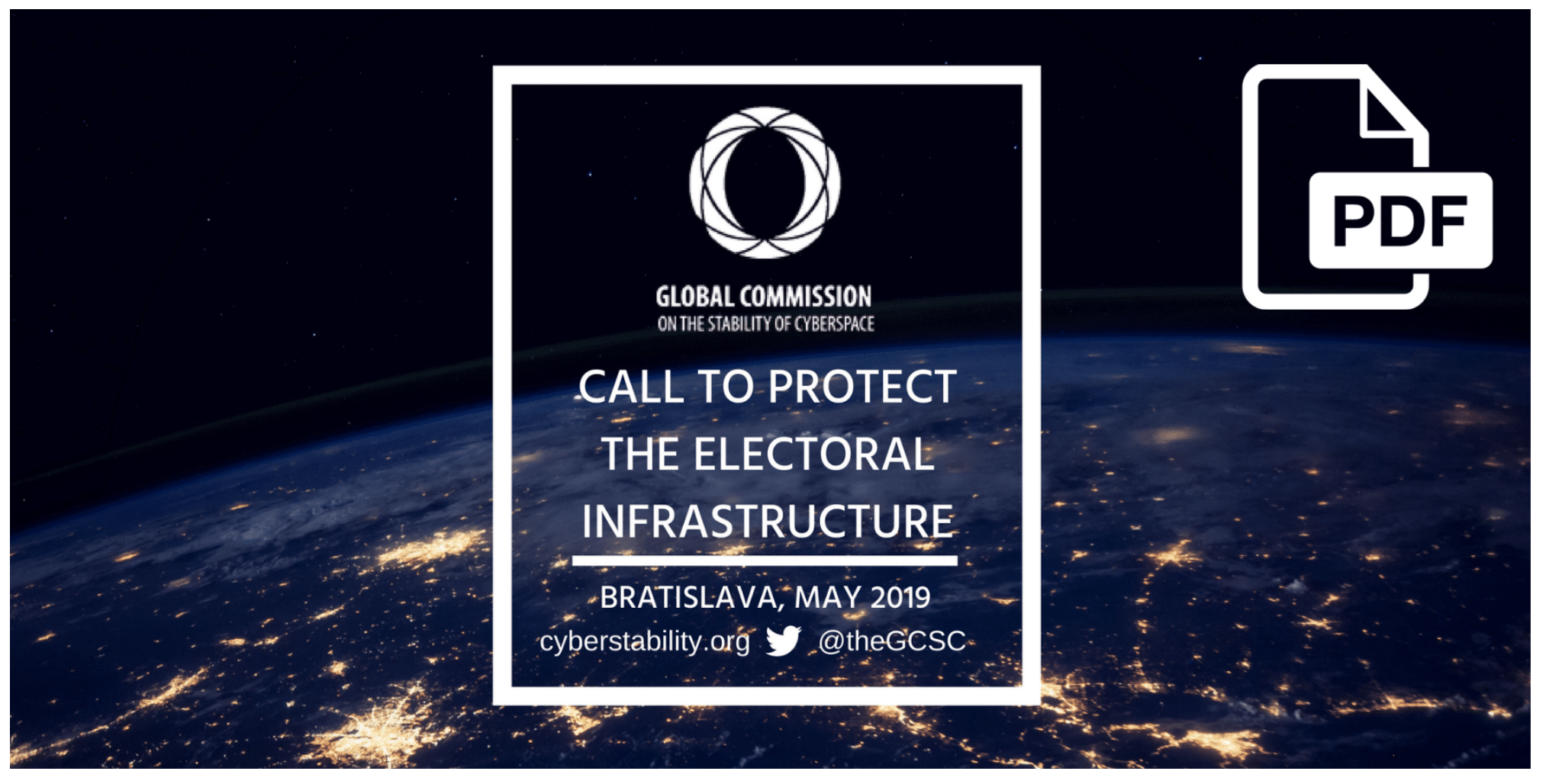 Call to Protect the Public Core

New Delhi, November 21, 2017 – The Commission released its Call to Protect the Public Core of the Internet – an appeal for a new norm to apply to both state and non-state actors to refrain from activity that intentionally and substantially damages the general availability or integrity of the Internet itself. 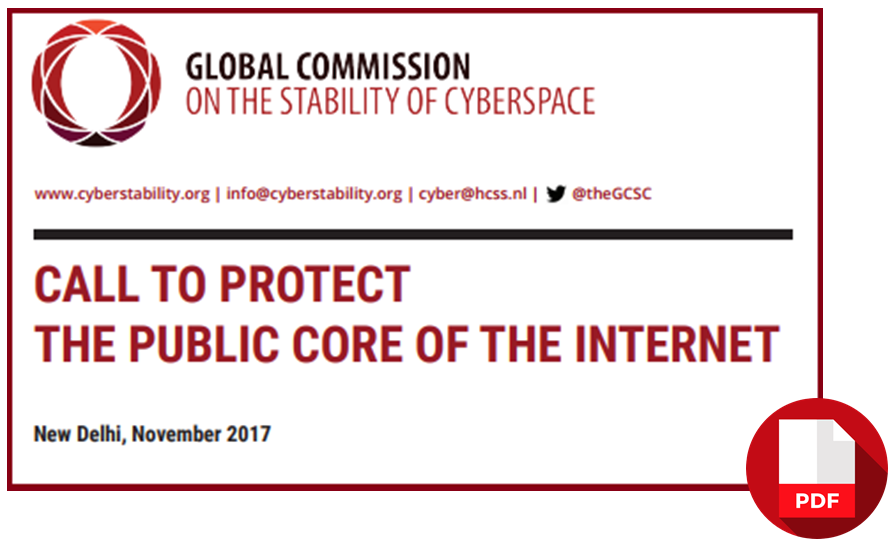 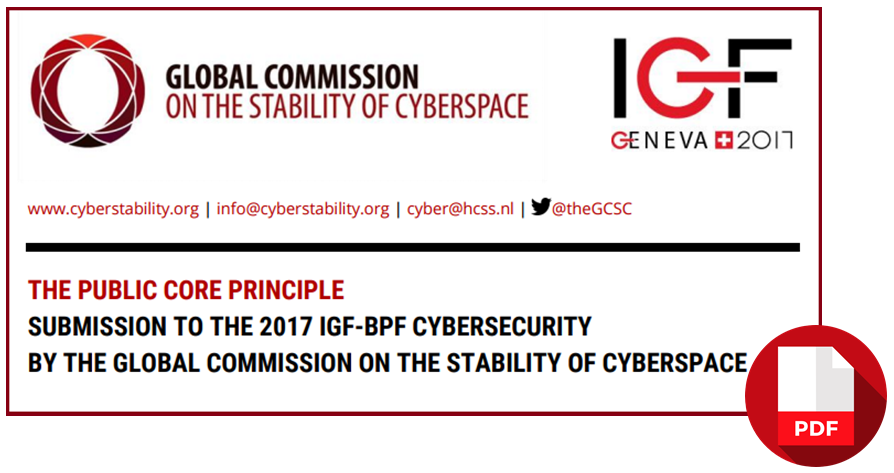 In November 2017, the Global Commission on the Stability of Cyberspace (GCSC) issued its Call to Protect the Public Core of the Internet. A working group of the GCSC conducted a broad survey of experts on communications infrastructure and cyber defense to assess which infrastructures were deemed most worthy of protection. Accordingly, the Commission formulated a definition of the phrase “the public core of the Internet”. This is elaborated upon further, alongside a description of the elements, in the Definition of the Public Core. 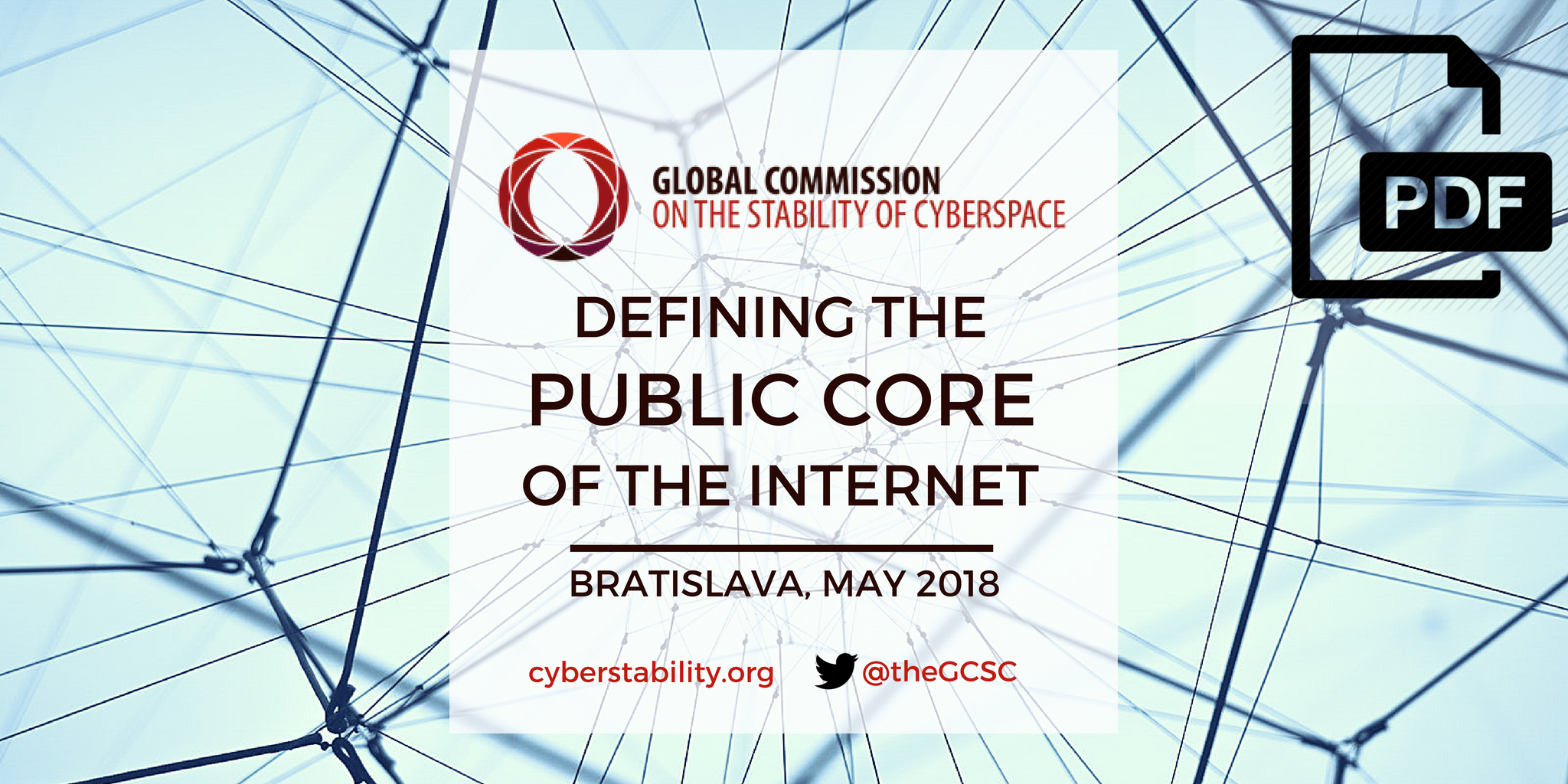 The work of the GCSC is supported by the Research Advisory Group (RAG). The RAG functions as the Commission’s academic backbone and links the latter to the wider research community. The RAG engages in scientific research to support the deliberations and publications of the Commissioners and, through its outreach and community engagement, also fulfills a crucial advocacy mission of the Commission. After each Small Commission Meeting, the GCSC commissions a Call for Research Proposals from other experts to inform the deliberations of the following Full Commission Meeting. The first set of briefings and memos from the Research Advisory Group are available here.

The core interaction of the Research Advisory Group is founded on four email lists. Members are able to respond to requests for proposals commissioned by the GCSC, as well as generate their own ideas for further enquiry. Select members will also be invited to provide testimony to the Commission at the Full Commission Meetings (twice per year). Find out how to join the Research Advisory Group here. 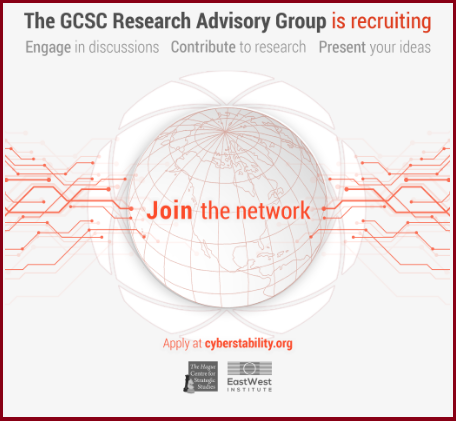 MH17 – when will the Kremlin respond?
Scroll to top