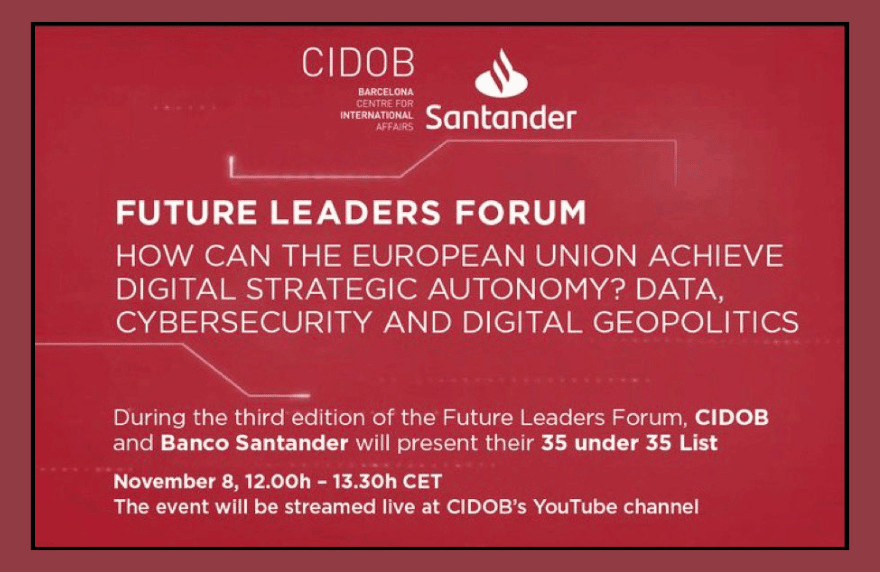 The Santander–CIDOB Future Leaders Forum is a collaboration programme between Banco Santander and CIDOB that aims to identify and promote dialogue between future global leaders from different social and economic fields that will shape the international agenda.

Following on from the first edition “Global Techno-politics: Technology, the next global order and the role of the EU” in November 2020, the second edition topic was “The future of the digital global order: Algorithmic governance and artificial intelligence”. This year, the new edition will focus on the intersection between the geopolitical and security aspirations of the European Union and the digital transition, titled “How can the European Union achieve digital strategic autonomy? Data, cybersecurity, and digital geopolitics”.

Digitalisation has become one of the main factors in power distribution within the international system, acting as a catalyst for global powers’ geopolitical and economic ambitions. In this context, the necessity of the European Union to advance toward strategic autonomy and achieve digital sovereignty have become two priorities of the von der Leyen Commission. In contrast with other technological and digital powers, such as the United States or China, the European Union intents to guarantee the development and control of new technologies within its own borders, following its democratic tradition and liberal values, while benefitting from its use in the economic, social and geopolitical domains.

To achieve its digital sovereignty, enhance technology innovation and economic growth, and empower the EU as a global actor in these areas, the governance of data is a pressing matter. How data is collected, stored, used, protected and transferred across borders is a question of increasing geopolitical, geoeconomic and security interest in the Union. The availability and abundance of data are essential to new technologies and strategic digital services development, such as Artificial Intelligence. Data are also at the centre of a Digital Single Market built upon the free flow of data between state members and the creation of European data banks and libraries. However, despite the advances resulting from the new European Data Strategy and the new Data Act from February 2022, the EU doesn’t have yet the full control of data and its citizens’ private information, due to significant dependencies on digital services from third parties to store and manage its vast data. This situation highlights the current vulnerabilities of the EU – where data storage is one among many – and urges the need to advance its own strategic autonomy in the digital domain and enhance its cybersecurity.

The members of the Santander–CIDOB 35 under 35 list will participate in the Santander-CIDOB Future Leaders Forum. The list acknowledges the work of 35 young people (35 years old or younger) with the potential to become future leaders in their different areas of expertise and activity (public decision-makers, private sector and media professionals, activists, intellectuals and academics).

Conceived as a space for dialogue between future leaders, the Santander–CIDOB Future Leaders Forum will gather the 35 members of the list in order to debate, exchange ideas and discuss this year’s topic with other social, economic and political actors from Spain and Europe. 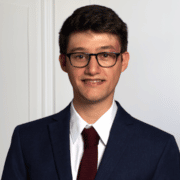