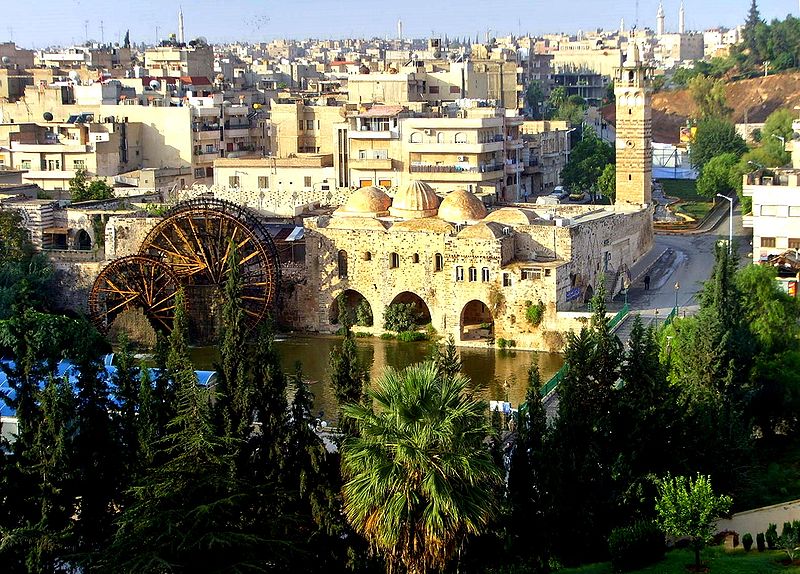 For the past five months Syrian President al-Assad has succeeded in withstanding the largest uprising against his regime in eleven years. Now, in the first days of Ramadan, he has embarked on a military campaign, both of a punitive and pre-emptive nature, leading to approximately two hundred deaths in the last three days alone. This latest escalation of violence, and particularly the arrests and shootings taking place in Hama, a city which has come to embody the opposition of the Syrian people against the ruling Baath dynasty, has led to renewed calls for an international response. However, policy measures adopted by the international community are few, and lack muscle.

What new developments have occurred in the past few days, and how effective will they be? Firstly, the flaring of violence has revived the dormant United Nations Security Council procedures on Syria. Two months ago, the attempt to adopt a watered-down, power-lacking European and American draft resolution condemning the use of violence by Syria failed. Syria’s old time partners, Russia and China, still seething over the liberally interpreted Libyan resolution 1973, were reluctant to facilitate a new resolution, which they considered counter-productive and at odds with their foreign policy doctrine of non-interference in domestic politics. Also, Brazil, India, South Africa, and Lebanon were hesitant to show support. Now, a new draft resolution, calling neither for sanctions nor for a referral to the International Criminal Court,, is once again circulating.

According to representatives of the 15-member body, the emergency meeting on Syria on Monday and Tuesday showed increasing convergence in views between the council members. Russia’s position, in particular, may be shifting, as a spokesman of the Foreign Ministry has recently emphasized that the violence against civilians is ‘unacceptable and must cease’. On Monday evening, Russia’s UN Ambassador Vitaly Churkin, predicted that the Security Council would reach an agreement as early as yesterday. In spite of such claims, however, Tuesday’s meeting passed without members reaching a unified position, even though Brazil, India and South Africa are now ready to condemn the violence used in Syria.

Even if Russia does switch position, which may provide a cue for a similar change of position by China, it has been clear about its reluctance to support a resolution -which it deems to be ‘somewhat excessive’- and prefers a ‘satisfactory’ formal statement by the council president.

Russia’s preferred presidential statement lacks the power of a resolution, and as opposed to the latter, requires unanimity among all council members, including the non-permanent ones. Since Syria’s neighbor Lebanon, will have to support this effort, a statement in the most ambiguous of terms is guaranteed. Syria has maintained a parasital relationship with Lebanon, which it considers a rightful part of Greater Syria for years, leading to a large decree of meddling into its explosive political system until today. It is telling that American UN Ambassador, Susan Rice, taking a leaf from management books on expectation management, has expressed contentment with almost any outcome of the Security Council process. The fact that the powerless revised draft resolution is unable to gain support from Russia and China further highlights the international divisions that are empowering Syria’s regime.

Secondly, a new barrage of sanctions targeting five new figures in al-Assad’s inner circle with asset freezes and travel bans has been adopted by the European Union. The Syrian defense minister, the head of internal security, al-Assad’s uncle, and two others, have now also been blacklisted under the new sanctions. Syria’s economy is suffering heavily from the current protests, which has resulted in tourism, accountable for a large part of its GDP, to come to a standstill. Syria’s dwindling growth rates, expected to go into the negative this year, could have important consequences for regime stability. Contrary to Ghaddafi, Syria’s leadership does not possess the natural resources necessary to bankroll the regime. Sanctions may increase difficulty for the al-Assad’s to maintain their patronage system, potentially leading to more defections as supporters lose their financial incentives. In addition, a decrease in economic growth may result in a change of attitudes among the currently immobilized strata of society, and lead to a spread of the protests to the larger urban centers of Aleppo and Damascus.

However, the intensification of sanctions could also have the opposite effect. By increasing the hardships experienced by the population, sanctions could boost civilian support for the regime in the face of foreign pressure and nostalgia for the pre-protests economic stability. Moreover, in the case of sanctions, the West will not be able to go it alone. Syrian-American economic relations remain anemic after years of international isolation during the Bush administration. In addition, Europe does not possess enough political and economic muscle to harm the Syrian economy to breaking point. Therefore, the support of regional and emerging economic powers such as China will be pivotal to the employment of any successful sanctions on Syria. This support is not forthcoming for the moment.

Thirdly, Rome has been the first to finally answer one of the requests of the Syrian opposition by recalling its ambassador for consultation, and urging all other EU member states to follow its example. The preservation of diplomatic ties with the regime had been a sore point for the opposition, which regarded it as a symbol of al-Assad’s legitimacy. However, a departure of diplomatic staff could end the last remnants of restraint by the regime, and further diminish the little information coming out of Syria.

It is evident that the international community at large, led by Europe, the United States, and Turkey has indeed taken a firmer stance. However, the measures adopted are mostly of a symbolical nature, and lack the power to effectively support a change in al-Assad’s policy. Moreover, the difficulty to reach a unified international position of Syria has increased the perception of the regime that it can get away with almost anything. Even if more sanctions are adopted by the West, or a UN Security Council presidential statement is made, this is unlikely to change the situation on the ground so long as China, Russia, and Syria’s neighboring states are not willing to make a stronger stance. Therefore, the current process of talks in New York, whilst widely anticipated, is ironically mostly just that: talk.

The terrorist threat from the extreme right.