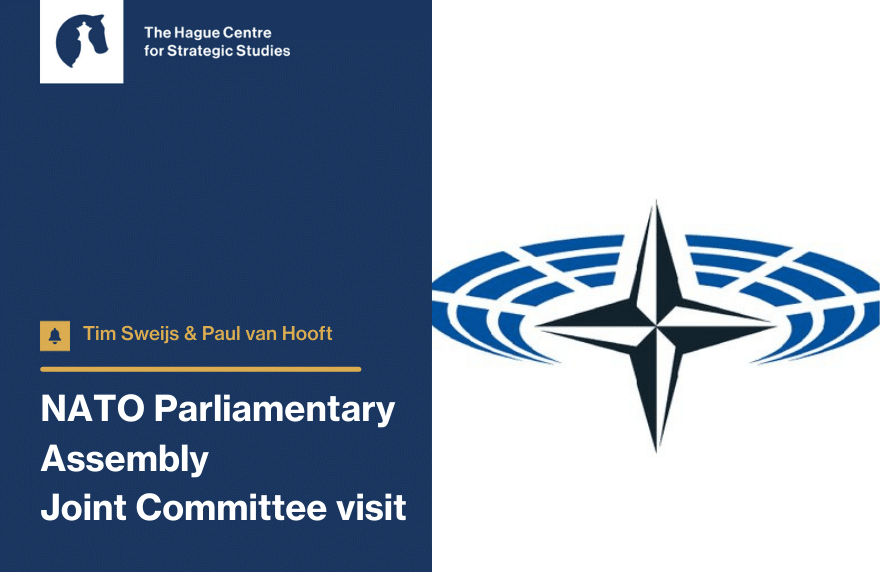 The Russian invasion of Ukraine – an independent, peaceful and democratic country and close NATO partner – has returned NATO to the center stage. The Alliance headlines the foreign policy agenda, with member countries reaffirming the need to take the necessary steps in protecting NATO’s territory and reinforcing its eastern flanks.

A joint committee delegation of the NATO Parliamentary Assembly consisting of Parliamentarians of 15 NATO member states will visit the Tweede Kamer, the House of Representatives of the Dutch Parliament, on Wednesday 11 May.

HCSS director of research Dr. Tim Sweijs will panel on “The Future of NATO and the new Strategic Concept”, together with Dick Berlijn, former Chief of the Netherlands Defence Staff, and Angelien Eijsink, former member of Dutch Parliament and former member of the Dutch Delegation to the NATO PA.

HCSS senior strategic analyst Dr. Paul van Hooft will subsequently give a briefing on “The Geopolitical Situation in the Indo-Pacific and the Strategy for the Euro-Atlantic Community.” Kajsa Ollongren, Minister of Defence for the Netherlands, will address NATO Parliamentarians later in the day on “The Netherlands’ Defence Policy Priorities, NATO-EU Relations, and Lessons from Afghanistan.”

The meeting with be chaired and moderated by Lord Hamilton of Epsom (UK), Chairperson of the NATO PA’s Sub-Committee on Transatlantic Relations (PCTR).

The delegation consists of some 30 members of the Committee on Democracy and Security (CDS) and the Sub-Committee on Transatlantic Relations (PCTR).