Book Review: Theodore Roosevelt and the Politics of US Foreign Policy 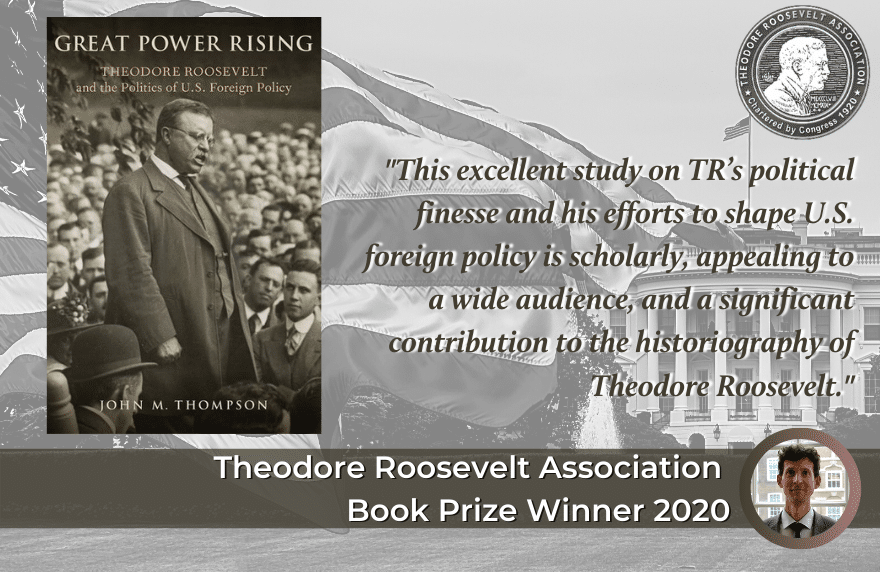 How is the presidency of Theodore Roosevelt relevant to understanding American foreign policy today? As it turns out, very relevant. At least according to Jack Thompson’s new book: “Great Power Rising: Theodore Roosevelt and the Politics of US Foreign Policy.”

By analysing the presidency of Theodore Roosevelt (1901 – 1909), Thompson is able to draw lessons about the relationship between US foreign policy and domestic policy. As Thompson describes it, in theory US presidents have a lot of freedom to maneuver when it comes to foreign policy. However, in reality they face constraints from the national security bureaucracy, Congress, the media and public opinion. It was navigating this minefield which Roosevelt excelled at. Rather than being a hurdle, Roosevelt was able to get the public on his side and use foreign policy successes to boost his domestic prospects.

Key to this strategy was his use of the press not just to gauge public opinion, but to shape the public debate in his favour, maintaining a close relationship with the media. In effect, he was able to combine idealism, which got him many admirers, with diplomatic skill, which enabled his foreign policy successes. This combination of idealism and diplomatic skill is one we rarely see today with presidents mostly exhibiting one trait but not the other.

Thompson’s book is by no means merely a work of flattery. He readily points out Roosevelt’s missteps, such as his imperialistic stances and denial of US atrocities committed in the Philippines. Yet even from his failures, lessons can be drawn. That ultimately is the central purpose of his book, the use of historiography to draw lessons from the past that are relevant for US foreign policy today.