Amit Arkhipov-Goyal on “The Future of Warfare: AI and Autonomous Weapons”

On Wednesday, November 27th, the Netherlands Atlantic Youth and study association L.S.A. Custodia organized an event themed: “The Future of Warfare: AI and Autonomous Weapons”. Amit Arkhipov-Goyal, Strategic Analyst at The Hague Centre for Strategic Studies (HCSS) provided an introduction to AI and the concept of autonomous weapons.

The introduction was followed by a panel discussion that included Leon Kester (TNO),  Maaike Beenes (PAX) and Berenice Boutin (TMC Asser Instituut), who shared their perspectives on the case of autonomous weapons.

In recent years, AI has been rapidly developing in multiple fields, including the military. What could this mean for the future of warfare? Many experts argue that the growing importance of AI in warfare has even led to an arms race between the United States and China. These two powers, as well as Russia, recognize the importance of AI and focus increasingly on its development. However, there is also opposition, especially from NGO’s and scientists, who warn against the threat of fully autonomous weapons that can make decisions on life and death without human control.

Recently, Amit Arkhipov-Goyal co-authored an HCSS paper discussing the key ethical challenges in the implementation of autonomous systems in “Towards Responsible Autonomy – The Ethics of RAS in a Military Context”.

Photographs from Twitter accounts of Lennart Freud and Jonge Atlantici.

A camera crew from Dutch tv program EenVandaag was present to film an item on the 70th Anniversary of NATO; watch it here. 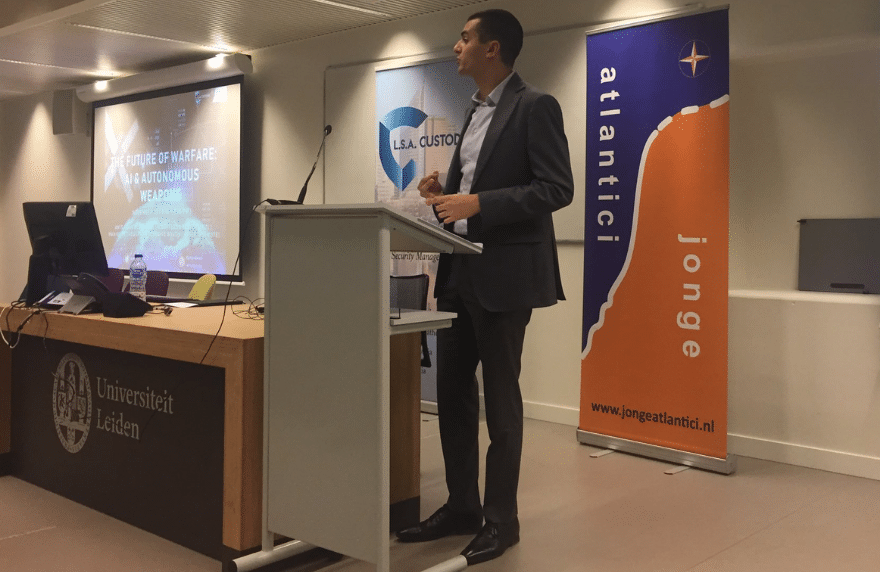