Volatility and Friction in the Age of Disintermediation 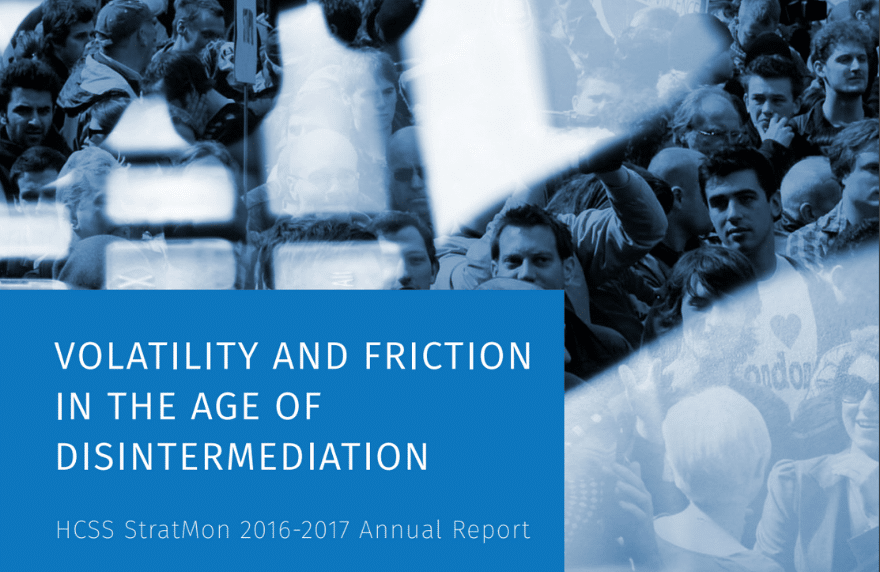 Events unfolded once again at a swirling pace in 2016. Terrorists hit Europe’s capital in March. The British population voted for Brexit in June. Turkish armed forces failed to topple Erdoğan in July. A resurgent Russia flexed its military muscles again in the Middle East and actively interfered in American elections, in which the American population elected Trump, in November. We are worried but certainly not surprised by the volatility of contemporary international relations. In previous editions of our contribution to the Dutch government’s Strategic Monitor, we already observed a surge in assertive behavior, noted a dangerous uptick in crises, and warned for the contagiousness of political violence.

The current volatility is not a coincidence, but rather the result of fundamental disturbances of the global order that are greatly amplified by rapid technological developments. Most mainstream explanations of recent turbulence focus on power transitions (the decline of the West and the rise of the rest), the concomitant return to more aggressive forms of power politics, and a backlash against globalization. What strikes us is that many of the explanations ignore what we consider one of the most striking mega trends that is reshaping the dynamics of power: the ongoing process of disintermediation.

The StratMon 2016-2017 analyzes global trends in confrontation, cooperation and conflict based on different datasets. This year the report also contains case studies on Turkey, Moldova and The rise and fall of ISIS. Chapters analyzing the many faces of political violence and ‘the other side of the security coin’ are also included.

A farewell to the West? Turkey’s possible pivot in the Aftermath of the...

Dutch Investments in ICT and Cybersecurity
Scroll to top