Towards Responsible Autonomy – The Ethics of RAS in a Military Context 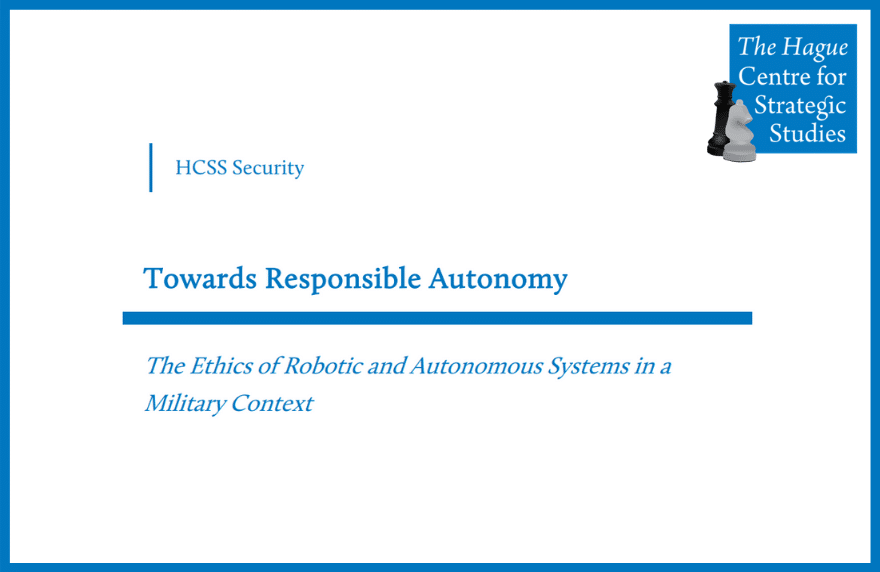 The accelerating arms race in Artificial Intelligence and the diffusion of cheap, technologically advanced military systems among state and non-state actors, compel countries to adopt robotic and autonomous systems (RAS). This is due to not only the prospect of lagging behind allies, but the notion that adversaries use RAS to gain a significant military advantage and escalation dominance. How can countries stay competitive, without violating core national and international ethical principles?

This paper discusses the key ethical challenges spanning human agency, human dignity and responsibility in the operation of RAS. It presents a three-part framework for how to view human control over RAS in an ethical manner:

Based on the framework above, the paper presents the following concrete recommendations for actors engaging in the design, development, testing, operation and decommissioning of RAS at the strategic and operational levels:

Responsibility for the content and for the opinions expressed rests solely with the authors. Publication does not constitute an endorsement by the Netherlands Ministry of Defence.

Understanding the Strategic and Technical Significance of Technology for Security,...
Scroll to top